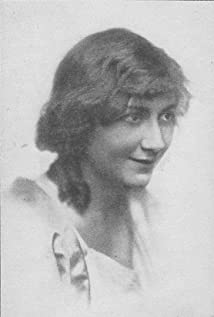 Mary Fuller's entrance into motion pictures was quite accidental. She was with a theatrical troupe that was on its way to tour the South in 1908 when, during a short stopover in New York City, the company broke up. Stranded, Mary made her way to the Vitagraph film studio looking for a job and, with her experience and attractiveness, was put to work in action and comedy one-reelers. By 1914 she had achieved enough recognition for Edison to give her the lead in a serial, which was a big hit. Universal Pictures took notice of her, and she headed west. However, two years later she just packed up and walked away from Hollywood. She made one picture in 1917, then disappeared. A magazine writer found her in 1924, living in Washington, DC, with her mother. She said that she had tired of the hard work involved in making pictures, that she had invested her money and was living comfortably. She mentioned that she was thinking of going back to making films, but soon after the interview was published, she disappeared again. Nothing was ever heard from her until 1973, when it was discovered that she had died, of natural causes, in a Washington, DC, mental hospital. No one had ever been able to find out for certain what happened to her between her 1924 interview and her death in 1973.