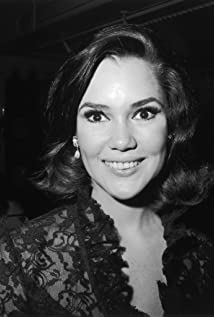 Born on February 17, 1937 in Biloxi, Mississippi, Mary Ann Mobley is one of the few Miss Americas to have true success as an actress or television personality (the others are Barnaby Jones (1973) beauty Lee Meriwether, television hostess Phyllis George, Consumer advocate/game show panelist Bess Myerson and Eraser (1996) heroine Vanessa Williams). After serving as Miss America 1959, Mobley soon became a sought-after guest star in episodic television of the 1960s, appearing on many hit series of that era - Perry Mason (1957), Mission: Impossible (1966), The Man from U.N.C.L.E. (1964), The Virginian (1962), to name a few. Her most important contribution to 1960s popular culture, though, was appearing opposite Elvis Presley in two films - Harum Scarum (1965) and Girl Happy (1965). Her success in film led to a 1965 Golden Globe for Most Promising Newcomer, an award she shared with Mia Farrow and Celia Milius. She also starred in a number of other B-movies of the 1960s, such as Get Yourself a College Girl (1964) and For Singles Only (1968).Her television and film output decreased in the 1970s as she raised her daughter, Clancy Collins White, with her husband, Gary Collins. During that decade, her television appearances were mostly guest roles on series such as the iconic series Love, American Style (1969), Fantasy Island (1977), The Love Boat (1977) and the game show Match Game (1973), on which she was a frequent panelist alongside such other famous wiseacres as Betty White, Brett Somers, Patti Deutsch and Charles Nelson Reilly. She and Collins also appeared a number of times performing death-defying high-wire acts and other athletic, outrageous stunts on the annual television event Circus of the Stars (1977).In the 1980s, she starred as stepmother "Maggie McKinney" in the final season of Diff'rent Strokes (1978), appeared in a recurring role as alcoholism counselor "Dr. Beth Everdene" on the prime-time soap opera Falcon Crest (1981) and continued to pop-up as a guest star on series like Hotel (1983) and Matt Houston (1982) and game shows like The Hollywood Squares (Daytime) (1965) and Body Language (1984). She also acted as her husband's frequent guest co-host on his successful talk shows Hour Magazine (1980) and The Home Show (1988), as well as on installments of the Miss America Pageant. In the 1990s, she made guest appearances on the sitcoms Designing Women (1986), Hearts Afire (1992), Hardball (1994) and Sabrina the Teenage Witch (1996). She and Collins were also hosts of an oft-run late 1990s television infomercial for "SelectComfort", a specialty bed product. Also during the 1990s, she toured in the popular play, "Love Letters", with her husband, and performed a cabaret act at the Cinegrill in Hollywood.Mary Ann and other "Match Game"/"Hollywood Squares" regulars of the 1970s and 1980s (such as Charo, Nipsey Russell, Paul Lynde and Jo Anne Worley) were riotously spoofed on Saturday Night Live (1975) in a 2002 game show sketch called "Super Buzzers" with Tina Fey playing Mary Ann. Mary Ann and her husband soon got a chance to demonstrate their own good humor, appearing as themselves in a satiric infomercial parody on the Showtime series Dead Like Me (2003) in 2003 (the fake infomercial was for a no-effort body-toning contraption - which spontaneously combusts!).

Three on a Couch

Get Yourself a College Girl