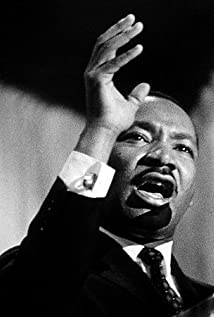 Martin Luther King Jr. was born on January 15, 1929, in Atlanta, Georgia. He was the son of Alberta Christine (Williams), a schoolteacher, and Martin Luther King Sr. a pastor of the Ebenezer Baptist Church in Atlanta. For Martin the civil rights movement began one summer in 1935 when he was six years old. Two of his friends did not show up to play ball with him and Martin decided to go looking for them. When he went to one of the boys' house, their mother met him at the front door and told him in a rude tone that her son would not be coming out to play with him that day or any other day because they were white and he was black. Years later, Martin admitted that those cruel words altered the direction of his life. As a teenager, Martin went through school with great distinction. He skipped ninth and 12th grades, and excelled on the violin and as as a public speaker. One evening after taking top prize in a debate tournament, he and his teacher were riding home on the bus discussing the event when the driver ordered them to give up their seats for two white passengers who had just boarded. Martin was infuriated as he recalled, "I intended to stay right in my seat and protest," but his teacher convinced him to obey the law and they stood for the remainder of the 90-mile trip. "That night will never leave my memory as long as I live. It was the angriest I had ever been in my life. Never before, or afterward, can I remember myself being so angry," he later recalled.Martin entered Morehouse College, his father's alma mater, when he was 15 with the intention of becoming a doctor or lawyer. After graduating from Morehouse at the age of 19, he decided to enter Crozer Theological Seminary in Chester, Pennsylvania. This private nondenominational college had only 100 students at the time, and Martin was one of six black students. This was the first time that he had lived in a community that was mostly white. He won the highest class ranking and a $1,200 fellowship for graduate school. In 1951 he entered Boston University School of Theology to to pursue his Ph.D. While at Crozer Martin had attended a lecture by Howard University President Mordecai Johnson, who spoke about Mohandas K. Gandhi, India's spiritual leader whose nonviolent protests helped to free his country from British rule, and that gave Martin the basis for positive change. It was here that he met and married his wife Coretta Scott King, who was a soprano studying at the New England Conservatory of Music. In 1954 Martin accepted a call to the Dexter Avenue Baptist Church in Montgomery, Alabama, to be its pastor. Despite Coretta's warning that it would not be safe for them in Alabama, the poorest and most racist state in the US, Martin insisted that they move there. Many local black ministers attended Martin's first sermon at the church, among them the Rev. Ralph Abernathy, who congratulated him on his speech. The two became fast friends and often discussed life in general and the challenges of desegregation in particular. Then an incident changed Martin's life forever.On the cold winter night of December 1, 1955, Rosa Parks, a 42-year-old black seamstress who worked in a downtown Montgomery department store, boarded a bus for home and sat in the back with the other black passengers. A few stops later, she was ordered to give up her seat to a white passenger who just boarded. She repeatedly refused, prompting the driver to call the police, who arrested her. In response to Mrs. Parks' courage, the town's black leaders formed the Montgomery Improvement Association and elected Martin as its leader. The first goal of the MIA was to boycott the city's bus system until public transportation laws were changed. The strike was long, bitter and violent, but eventually the city's white merchants began to complain that their businesses were suffering because of the strike, and the city responded by filing charges against Martin. While in court to appeal the charges, he learned that the U.S. Supreme Court had affirmed the decision by the Alabama Supreme Court that the local laws requiring segregation on buses were unconstitutional. The first civil rights battle was won, but for Martin it was the first of many more difficult ones. On November 29, 1959, he offered his resignation to the members of the Dexter Avenue Baptist Church, as several months earlier he had been elected leader of a new organization called the Southern Christian Leadership Conference (SCLC). He moved his family to Atlanta and began to establish a regional network of nonviolent organizations.In April 1961 he coordinated the SCLC and other civil-rights organizations to take two busloads of white and black passengers through the South on a "freedom ride" for publicity reasons. In Virgina and North and South Carolina there were no incidents, but in Anniston, Alabama, the ride became a rolling horror when one bus was burned and its passengers beaten by an angry racist white mob. In Birmingham, angry mobs--

Pariah: The Lives and Deaths of Sonny Liston