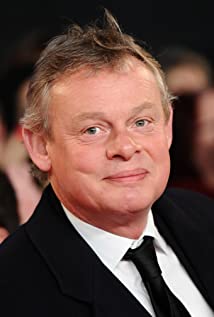 Martin Clunes was born the son of the noted Shakespearean actor Alec Clunes. He was educated at the Royal Russell School in Surrey and the Arts Educational School in Chiswick, London. He made his television debut playing an alien prince opposite Peter Davison in Doctor Who: Snakedance: Part One (1983) (director Fiona Cumming later said she cast him because she was struck by his unusual looks and "Mick Jagger lips"). He then won a regular role in No Place Like Home (1983), a fairly traditional middle-class BBC sitcom starring William Gaunt.Clunes' greatest breakthrough came with starring in British Men Behaving Badly (1992), an anarchic sitcom which proved to be one of the most popular series of the 1990s. He has since established himself as one of the UK's most consistently popular television actors, starring in the long-running Doc Martin (2004), recreating Leonard Rossiter's famous role in a new version of Reggie Perrin (2009) and playing Arthur Conan Doyle in Arthur & George (2015).

The Secret Life of Cats

Room on the Broom