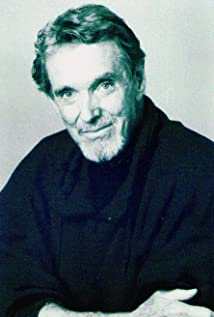 Martin Clark, although born in Cleveland, Ohio, spent only six months of his life there and has never returned. He was raised in Winnetka, Illinois and attended the nationally renowned public high school, New Trier, which boasts such graduates as Ralph Bellamy, Roy Fitzgerald (Rock Hudson), Charleton Heston, Bruce Dern, and Anne-Margret Ollson (Anne Margret). While attending New Trier he apprenticed for 3 years at Showcase Theatre, a year round full Equity Theatre in Evanston, Illinois. He took small roles in 14 plays during those years, appearing with such stars as Harvey Korman, Mark Drainer, and Hope Summers. He then went on to study Theatre Arts at Carnegie Tech, Pittsburgh; Goodman Theatre, Chicago, and the Pasadena Playhouse. His career broke in the stage production of Detective Story with Charleton Heston and has included over 150 Equity productions including tours of "The Music Man" as Prof. Harold Hill, "Burlesque" with Bert Lahr, and "The "Fifth Season" with Chico Marx and Leo Fuchs.He has made a small career out of playing Ronald Reagan in TV's "Not Necessarily the News", "Rap Master Ronnie" at the San Diego Repertory Theatre; the longest running musical in that theatre's history, and the award winning "The President Will See You Now" in Los Angeles. Martin did 5 voices as well as the comedy track "Holoticks" in the Grammy Award nominated comedy record album, "The Great American Song and Dance". He has appeared extensively in classical theatre including "Richard,III"; "As You Like it"; "Troilas and Cressida"; Julias Ceasar"; "Henry V" etc., at regional theatre throughout the U.S. He is currently a member of the prestigious Los Angeles Classical Theatre Lab.

Two Heads Are Better Than None