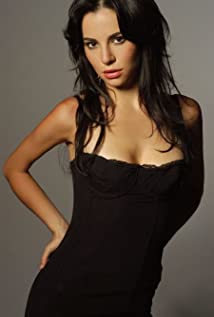 Higareda was born in Villahermosa, Tabasco, Mexico, the daughter of actress Martha Cervantes and therapist and artist Jose Luis Higareda, and sister of actress Miriam Higareda. She began acting on stage at a very early age, along with dancing jazz, flamenco, tap and folklore. At 14, she moved to Mexico City from her native Tabasco to pursue an acting career. Her debut was in theater participating in various plays such as "Little Women" "Don Juan" among others.Being an advanced student, she entered college several years early at the age of 15; studying Communications at El Tecnologico de Monterrey. She would attend college in the mornings while going to acting school in the evenings and performing in theater on the weekends. A year later, her mother and sister moved to Mexico City and attended acting school with her.She had her first TV debut as an anchor hostess in The Disney Channel's ''Zapping Zone'' a 2 hour life show of fun sketches and adventurous exploring. Soon after, Martha had her own extreme sports segments in the show.She was only 16 when filmmaker Alfonso Cuaron came to Mexico City auditioning for "Y tu Mama tambien", Martha got the part of Cecilia Huerta, Gael Garcia's girlfriend in the film, but being underage and due to the full on nudity in the movie she was not able to do the role. Cuaron encouraged her to keep pursuing her acting career and following his advice soon after she changed her major from Communications to the Performing Arts.In 2002, Higareda had her first leading role in the movie ''Amar te duele" "Love hurts", directed by Fernando Sariñana, in which she shares credits with Luis Fernando Peña and Alfonso Herrera. The movie quickly became a box office hit. And launched Martha's career giving her the nickname "The Mexican Sweetheart". She received The Silver Goddess award for her performance as female lead and the MTV movies favorite actress award.In 2003, she was offered the lead in a Mexican TV show "Enamorate" in TV Azteca. But Higareda's passion was in making movies. Higareda returned with the movie ''Siete Días'' next to Jaime Camil, which turned out to be another box office hit. She worked with Carlos Carrera (El crimen del Padre Amaro) in "Sex, love and other perversions" winning another Silver Goddess Award. And that same year she was nominated as best supporting actress for the Mexican Academy Awards for her role in ''Fuera del Cielo'', In 2007, she came with her latest production ''Niñas Mal'', directed by Fernando Sariñana where she shared credits with Camila Sodi and Ximena Sariñana The movie produced by Columbia Pictures was a huge success in which Higareda portrayed a stubborn yet sweet punk, Adela, and her unusual haircut and fashion statement quickly became a trend in Mexican teenagers.She booked her first American movie in 2007 ''Borderland'' where she shared credits with Sean Austin and Beto Cuevas produced by Lionsgate. The movie was screening in the American Film Market when an agent approached her. He introduced Martha to Craig Shapiro, who to this day represents Higareda at ICM Partners. Shapiro convinced Martha to move to LA. So in 2008, she moved to Hollywood to audition and study script writing: "I'm not the type of actress who sits there to wait for the phone call, I love the creating process and I need to keep myself busy, so I studied script writing, first to know how to choose my projects but most importantly because writing had always been a big passion in my life. So when I'm not acting, for sure I'm writing a script". She booked her first TV show directed by Stephen Frears but the show was canceled due to the writers' strike.In 2008, she worked in the film ''Street Kings'', as Keanu Reeves love interest, along with Hugh Laurie, Cris Evans and Forest Whitaker. The film was directed by David Ayer.She went back to her native country with three finished scripts and at the age of 25 she wrote and produced her first independent film "Te presento a Laura" The movie was in the top ten films in box-office for 10 consecutive weeks. In 2010, she appeared in the prequel to the crime/action film ''Smokin' Aces'', as a deadly female assassin. In 2012, she shot ''Hello Herman'' with Norman Reedus as an American reporter. And in "Lies in Plain Sight" as the leading visually impaired woman trying to solve the murder of her sister, winning the Image foundation Award for her performance.In 2014, she wrote, produced and starred in "Casese Quien Pueda" (Marry me if you can) directed by Marco Polo Constandse and produced by Martha and Miri Higareda and Alejandra Cardenas. The movie quickly became the second biggest box office record of its time. This caught the attention of the American Studios. "I wanted not only to be in movies, but to know the guts of the industry, so I went to find the investors, and was involved in every part of the creative process. Making movies it's all a team effort, so if you surround yourself with the best people you learn from them and if yo