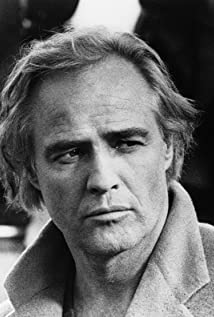 Marlon Brando is widely considered the greatest movie actor of all time, rivaled only by the more theatrically oriented Laurence Olivier in terms of esteem. Unlike Olivier, who preferred the stage to the screen, Brando concentrated his talents on movies after bidding the Broadway stage adieu in 1949, a decision for which he was severely criticized when his star began to dim in the 1960s and he was excoriated for squandering his talents. No actor ever exerted such a profound influence on succeeding generations of actors as did Brando. More than 50 years after he first scorched the screen as Stanley Kowalski in the movie version of Tennessee Williams' A Streetcar Named Desire (1951) and a quarter-century after his last great performance as Col. Kurtz in Francis Ford Coppola's Apocalypse Now (1979), all American actors are still being measured by the yardstick that was Brando. It was if the shadow of John Barrymore, the great American actor closest to Brando in terms of talent and stardom, dominated the acting field up until the 1970s. He did not, nor did any other actor so dominate the public's consciousness of what WAS an actor before or since Brando's 1951 on-screen portrayal of Stanley made him a cultural icon. Brando eclipsed the reputation of other great actors circa 1950, such as Paul Muni and Fredric March. Only the luster of Spencer Tracy's reputation hasn't dimmed when seen in the starlight thrown off by Brando. However, neither Tracy nor Olivier created an entire school of acting just by the force of his personality. Brando did.Marlon Brando, Jr. was born on April 3, 1924, in Omaha, Nebraska, to Marlon Brando, Sr., a calcium carbonate salesman, and his artistically inclined wife, the former Dorothy Julia Pennebaker. "Bud" Brando was one of three children. His ancestry included English, Irish, German, Dutch, French Huguenot, Welsh, and Scottish; his surname originated with a distant German immigrant ancestor named "Brandau." His oldest sister Jocelyn Brando was also an actress, taking after their mother, who engaged in amateur theatricals and mentored a then-unknown Henry Fonda, another Nebraska native, in her role as director of the Omaha Community Playhouse. Frannie, Brando's other sibling, was a visual artist. Both Brando sisters contrived to leave the Midwest for New York City, Jocelyn to study acting and Frannie to study art. Marlon managed to escape the vocational doldrums forecast for him by his cold, distant father and his disapproving schoolteachers by striking out for The Big Apple in 1943, following Jocelyn into the acting profession. Acting was the only thing he was good at, for which he received praise, so he was determined to make it his career - a high-school dropout, he had nothing else to fall back on, having been rejected by the military due to a knee injury he incurred playing football at Shattuck Military Academy, Brando Sr.'s alma mater. The school booted Marlon out as incorrigible before graduation.Acting was a skill he honed as a child, the lonely son of alcoholic parents. With his father away on the road, and his mother frequently intoxicated to the point of stupefaction, the young Bud would play-act for her to draw her out of her stupor and to attract her attention and love. His mother was exceedingly neglectful, but he loved her, particularly for instilling in him a love of nature, a feeling which informed his character Paul in Last Tango in Paris (1972) ("Last Tango in Paris") when he is recalling his childhood for his young lover Jeanne. "I don't have many good memories," Paul confesses, and neither did Brando of his childhood. Sometimes he had to go down to the town jail to pick up his mother after she had spent the night in the drunk tank and bring her home, events that traumatized the young boy but may have been the grain that irritated the oyster of his talent, producing the pearls of his performances. Anthony Quinn, his Oscar-winning co-star in Viva Zapata! (1952) told Brando's first wife Anna Kashfi, "I admire Marlon's talent, but I don't envy the pain that created it."Brando enrolled in Erwin Piscator's Dramatic Workshop at New York's New School, and was mentored by Stella Adler, a member of a famous Yiddish Theatre acting family. Adler helped introduce to the New York stage the "emotional memory" technique of Russian theatrical actor, director and impresario Konstantin Stanislavski, whose motto was "Think of your own experiences and use them truthfully." The results of this meeting between an actor and the teacher preparing him for a life in the theater would mark a watershed in American acting and culture.Brando made his debut on the boards of Broadway on October 19, 1944, in "I Remember Mama," a great success. As a young Broadway actor, Brando was invited by talent scouts from several different studios to screen-test for them, but he turned them down because he would not let himself be bound by the then-standard seven-year contract. Brando would make his film deb

The Black Panthers: Vanguard of the Revolution

Look, Up in the Sky! The Amazing Story of Superman