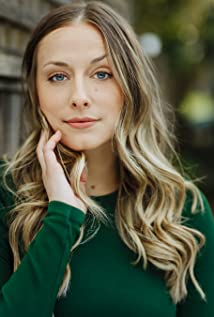 Marlie Collins is a Canadian actress and singer.Born and raised in Saskatoon SK, as the youngest of five, she learned to sing and dance around the house with her brothers and sisters. She became heavily involved in musical theatre and began taking voice lessons at the age of 15.She spent two years as a Voice Major at the University of Saskatchewan then left to Victoria, BC to attend The Canadian College of Performing Arts, where she graduated with a Performing Arts Certificate. She joined a funk/soul band, "HB Wild" that left to perform in Kuala Lumpur, Malaysia for several months.Upon her return to Canada, Marlie moved to Vancouver to perform in The Arts Club production of "Xanadu the Musical", playing the lead role as Kira. Shortly after she join two Vancouver based cover bands; "Side One" and "Mooncoin Productions".In 2014, she left to Vietnam for another gig with "HB Wild". Struggling with her artistic identity, that trip ultimately shifted her focus toward one thing: her own music. After spending a lot of time cooped up in her room writing, she returned to Canada motivated to put her musical ideas together. After a year of musical collaboration, her words were put to music. With that, her first showcase was held in 2017 : "Marlie Collins and Company" Live at the Beaumont.She is a vocal instructor at The Sarah McLachlan School of Music, a professional Voice Actor, continues to sing with "Side One" and "Mooncoin Productions", and stepping back into the world of film and TV. She is back to The Arts Club Stage for their production of "Rock of Ages" the musical, playing the lead role of Sherrie.Her first album has powerful soulful sound with a retro funky vibe and at times a humorous wit. It was release on March 15th, 2018.