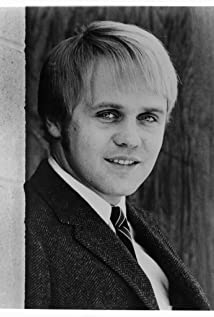 Mark Slade was born in Salem, Massachusetts. In 1956, he enrolled at the Worcester Academy, intending to make a career of his great interest and hobby, cartooning. However, after filling in at the last minute for a sick classmate in a play entitled "The Male Animal", he founds himself smitten with the stage-bug and decided to become an actor, instead.Success didn't come to Mark overnight, but a combination of talent and hard work (not to mention youthful good-looks) resulted in appearances in numerous films and TV productions, including the role of the perpetually sea-sick "Radioman Patrick Hollis" in the series, The Wackiest Ship in the Army (1965). After that came the part that Mark is probably best known for to this day - the role of the handsome, young, blue-eyed cowboy in the Western series The High Chaparral (1967), where his outstanding portrayal of "Billy Blue Cannon" contributed greatly to the popularity and success of that series. He himself became extremely popular the world over, appearing on the covers (and in the pages) of numerous magazines, and receiving huge quantities of fan mail from around the world. He was the recipient of various acting awards (Otto, Bambi, Fabulous 201, Belgian Viewers and Western Heritage Award) and was even made an honorary life member of the Navajo Indian tribe, for his great and sympathetic interest in the lives of Native Americans. After The High Chaparral (1967), he continues to appear in many series and film roles, but he also developed his writing and directing skills - the script of The Rookies: Cliffy (1975) episode, which he wrote and in which he portrayed the title role, received general critical acclaim, three national awards, and a commendation from the White House.Mark has returned to his "first love", and today works out of his own art studio, where, surrounded by an artistic family, he creates beautiful works that reveal a great sense of humor, rare sensitivity and a deep knowledge of the human nature.

Splendor in the Grass