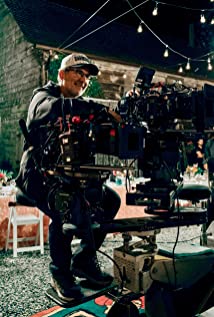 Mark Jean is a versatile and seasoned television director who has helmed more than 30 MOWs over the last decade, and has directed many hours of episodic television for several major networks. Mark has also made independent features, documentaries, television pilots, and PSAs, as well as an interactive exhibit for a major theme park. He has taught filmmaking at USC School of Cinematic Arts.Known for his thorough preparation, on set ingenuity, and creative energy, Mark is a favorite of both cast and crew. By establishing high expectations and a committed work ethic, he brings out the best in those around him. His sets are fun, respectful, and productive.Mark made his longform debut with the critically-acclaimed Showtime movie, Homecoming, starring Anne Bancroft and Bonnie Bedelia. Ms. Bancroft received a SAG nomination for her performance, and the film won the Gold Award at the Houston International Film Festival, as well as First Place at the New York Film Festival.Other accolades for Mark's directing include: the George Foster Peabody Award for a series of interstitials for Fox Children's Network; The Houston International Film Festival's Gold Award, and the Chicago International Film Festival's Gold Award for his Disney short Who Owns the Sun; and Best Feature Film at the Sprockets Toronto Film Festival for the family comedy Finn on the Fly.He has also written and co-written numerous screenplays, including the historical drama Beast of Bataan for producers Mel Brooks and Jonathan Sanger; Homecoming, which garnered a WGA nomination for Best Longform Adaptation; A Veteran's Christmas, which he also directed for Hallmark; and the adaptation of the young-adult novel Gemini Summer. A novelist himself, Mark's fantasy-adventure Puddlejumpers, published by Hyperion Books, won Voya's Top Shelf Fiction Award.More recently, Mark has been directing a steady stream of MOWs for Hallmark and Lifetime, consistently delivering highly rated, well-crafted films, on time and on budget.Mark graduated from The American Film Institute on full scholarship earning a Master's Degree in Directing. A world traveler, avid kayaker and paddle-boarder, Mark is a dual-citizen of Canada and the United States, and splits his time between Vancouver Island and Los Angeles.