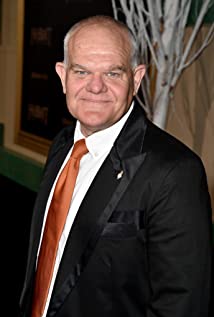 Actor, comedian, singer, writer, producer, director - Mark Hadlow is one of New Zealand's most prominent actors and entertainers. He is driven by a passion for performance: 130 plays, musical theatre, dozens of film appearances, television series, commercials and radio voice-overs in the thousands.Playing the dwarf Dori in The Hobbit was Mark's third Peter Jackson movie. In Meet the Feebles he played the voices of Heidi the Hippo and Robert the Hedgehog, and sang many of the songs. King Kong saw him performing the role of Harry in the vaudeville scenes opposite Naomi Watts and Bill Johnson. He regards Peter Jackson productions as the most exhilarating experiences.He starred alongside New Zealand Maori comedian, Billy T James in "The Billy T James Show".Mark Hadlow is renowned for his singing voice and has appeared in many musicals and concerts, his all time favourite being Little Shop of Horrors. (4 separate productions)Mark has been nominated for and won several awards, including Best Supporting Actor in a Television Comedy in a Television series Willy Nilly, playing the role of the challenged brother Harry in a three-season top rating sitcom.He won Best Theatrical performance of the Year in 1993 for the hugely successful one-man show "SNAG", and ultimately went on to win Entertainer of the Year in 1995. He won Best Voice Over Artist in the Radio New Zealand Awards 2010.Mark is also a master narrator, his most recent work being narrator of the enchanting short film 'The Story of Percival Pilts' by Janette Goodey & John Lewis. He has also released an audio CD called "Tall Tales", a collection of classic children's stories.

Last of the Living

Jack of All Trades