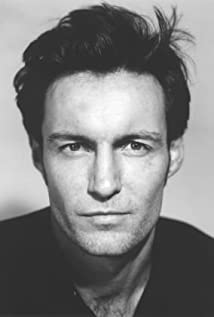 Mark Dymond began his professional on-screen acting career in 1997. Born in Wimbledon, London, England in 1974, Dymond's career includes a fair balance of film and television works. His first major film project was in the James Bond franchise titled Die Another Day (2002) as the courier Van Bierk, whose identity promptly gets borrowed by Pierce Brosnan's James Bond. While most of the early 2000's saw Mark Dymond in mostly modest roles of a more standing-by or supporting nature, 2005 lent him the opportunity for a breakthrough from that stream of casting. In 2005, Mark Dymond was the lead for the adventure/fantasy sequel Dungeons & Dragons: Wrath of the Dragon God (2005), sharing the screen with Bruce Payne reprising his villainous role of Damodar and Clemency Burton-Hill as Dymond's on-screen wife. Along with Clemency Burton-Hill and several other cast and crew members, he also appeared in the video documentary titled Rolling the Dice: Adapting the Game to the Screen (2006) sharing his enthusiasm and experience of portraying a hero from a popular game franchise. Going into the mid to late 2000's, Mark Dymond had a recurring role as Dr. Lorcan O'Brien during the last three seasons of the UK-produced drama series The Clinic (2003). He also shared the screen with martial arts movie star Jean-Claude Van Damme in the action movie Until Death (2007). More recent projects included work in the Sci-Fi creature film Rage of the Yeti (2011) and a 2012 film short titled The Living and the Dying (2012). This film short is the first project for which Mark Dymond has written, produced and starred in.

Land of the Blind