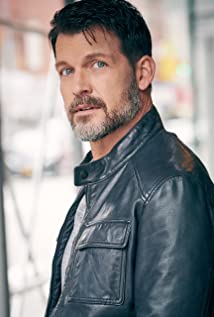 A critically-acclaimed actor and fight director, Mark has worked on Broadway, Off-Broadway, and at regional theaters across the country in addition to his work in film and television. He holds an MFA from the University of Washington's PATP conservatory, as well as a BA from Penn State University (in English and History), and is a certified member of the Society of American Fight Directors. He used to work for Greenpeace; he also worked briefly as a jazz pianist at a bar in Vienna, Austria, and spent one summer working on the Cape Cod-Hyannis Railroad. Other odd jobs held during and after college included English teacher, construction worker, and art/rare book dealer.Mark is adopted, and several years ago he searched for and found his birth-mother; today he enjoys a wonderful relationship with both his adoptive and biological families. He currently lives in Los Angeles with his wife, their daughter, and their dogs.

Christmas in Evergreen: Letters to Santa