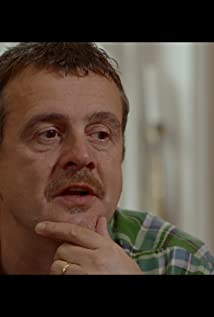 Mark Billingham was born in Birmingham on July 2nd 1961 and attended King Edward VI Camp Hill Grammar School before going on to graduate with a B.A. in Drama and Theatre Arts from the University of Birmingham. Whilst also pursuing a career as a stand-up comedian, he played several supporting roles in television shows, notably from 1989 to 1992,in 'Maid Marian and Her Merry Men', a comedic take on the Robin Hood story, nominally a children's show but containing many satirical and topical jokes best understood by adults. In addition to playing gormless Gary, one of the sheriff's guards, he also contributed scripts. Later in the 1990s he wrote for 'Knight School', another show supposedly for children and also with a medieval setting but with lots of anachronistic humour. However, in the twenty-first century, whilst still continuing as an occasional stand-up comic, Mark has been associated with a totally different style of writing to his children's programmes. This is as the creator of the stocky, no-nonsense police detective Tom Thorne in a series of mystery novels. He was awarded the Theakston's Old Peculiar prize for the best crime novel of 2005 for his book 'Lazy Bones' and the Sherlock award for the best new fictional detective by a British writer. As of January 2009 the television rights to the books have been optioned with the likelihood of David Morrissey playing Thorne. Mark, his wife Claire and their children now live in Hertfordshire, where he supports Wolverhampton Wanderers from a distance and lists among his hobbies 'smuggling examples of Victorian taxidermy into the house.' In 2010 Thorne did indeed make his small screen debut, played by David Morrissey.

Genesis: Together and Apart

Killers: Behind the Myth