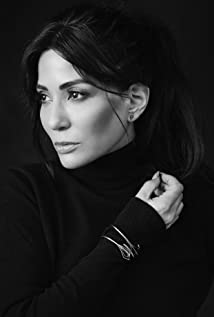 From her breakout role as "Audrey Griswold" in Vegas Vacation (1997), to her powerful performance in the prison drama Felon (2008), to commanding the Counter Terrorist Unit in 24 (2001), Nichols has consistently garnered award recognition and critical acclaim. Her evocative performances have accumulated three ALMA Award nominations and won the distinguished Golden Eagle Award for Most Promising Actress.Nichols is currently recurring on the CBS series, NCIS (2003), as Special Agent Zoe Keates. Nichols previously starred in the Darren Star / ABC series, GCB (2012), opposite Kristin Chenoweth; Steven Bochco's drama Blind Justice (2005); ABC series The Gates (2010); ABC series In Justice (2006); Fox's 24 (2001); Showtime's groundbreaking Resurrection Blvd. (2000) and an Emmy-nominated episode of ER (1994), alongside Ewan McGregor. On the film side, in addition to Vegas Vacation (1997) and Felon (2008), Nichols has also starred in Delta Farce (2007), Big Momma's House 2 (2006), Mafia! (1998), with special appearances in Scream 2 (1997), Can't Hardly Wait (1998) and Bowfinger (1999).In addition to her work on screen, Nichols has been fighting for human rights abuses for over a decade. Her most recent passion has been putting an end to the most egregious human rights violation, human trafficking. In the last two years, Nichols has made over eight trips to DC, meeting with members of Congress and other organizations and has supported imperative trafficking legislation. Nichols has produced two celebrity human trafficking events to raise awareness for this cause and is hard at work producing the third this September. Nichols is currently forming her own non-profit, 501(c)(3) to lend an even bigger voice for this issue.