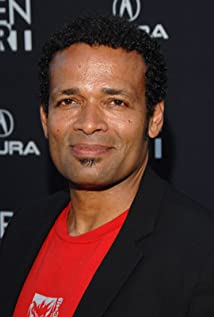 Mario Van Peebles is a highly regarded director, actor, producer and writer. His directorial skills can be seen in the retelling of the epic mini-series "Roots" starring Forest Whitaker and Matthew Goode. Van Peebles has directed award-winning shows such as the recent hit "Empire" and "The Last Ship," as well as "Sons of Anarchy," "Lost," "Damages," and "Boss." As an actor Van Peebles has credits are as equally impressive.An independent filmmaker to his core, Van Pebbles grew up watching Melvin Van Peebles, his maverick filmmaker father. A true master craftsman in his own right, Van Peebles is defined as a director, screenwriter, playwright, novelist and composer; known for funding his own work.His many talents can be seen in films like his directorial breakout hit "New Jack City," "Posse" and "Panther;" plus Michael Mann's Oscar® nominated "Ali," in which he received critical acclaim for his role as real life minister and human rights activist Malcom X; the multi-award-winning "Cotton Club" written and directed by Francis Ford Coppola; Clint Eastwood's "Heartbreak Ridge;" and several projects with Ava DuVernay.Throughout his career, Van Peebles has brought challenging, compelling material to the screen, including his hip hop coming-of-age film "We the Party," for which he wrote, directed and produced; his documentary short "Bring You're a Game;" and, of course, "Baadasssss!" This was Van Peebles' odyssey about the making of his father's groundbreaking film "Sweet Sweetback's Baadasssss Song" and was one of Ebert and Roeper's ten best movies of the year for 2004.As a director, Van Pebbles has affected unusually strong performances from his fellow actors. They often remark that he creates a collaborative climate where they feel free to do their best work. He believes his background as an actor helps him approach the actor's character development process internally. Conversely, he believes being a director has made him a more trusting, nuanced actor. Being able to do both is like creative crop rotation for Van Peebles. Not many directors get the privilege of being directed by other strong filmmakers. Acting for others is still "super exciting" to him.In 1994, Hofstra University awarded Van Peebles an honorary doctorate of humane letters. After earning a Bachelor of Arts in Economics from Columbia University, Van Peebles spent two years working at New York's Department of Environmental Protection before moving to Hollywood to try his hand at acting writing and directing.In addition to directing and acting in features, Van Peebles is passionate about supporting education and eco-consciousness through media. With his reality show, Mario's Green House, he teamed up with his five children and his father to chronicle the Van Peebles family's often-humorous attempts to raise their eco-consciousness as they try to go green in Hollywood. Green "We never got to the full green, more like Olive green," jokes Van Peebles.