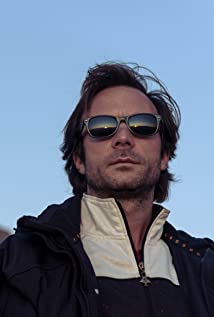 Mário Patrocínio was born in 1978 in Lisbon where he lived until he was 8 years old when his parents moved to Japan. He studied for two years at a local Japanese School in the city of Kumamoto, an experience that introduced the oriental perspective of the world to his life trajectory. Curiously, Mário and his brother, the only Western children at school, arrived in Japan the same year that the Super Mario video game was released and this made him a local celebrity.At age of 17 he was accepted to a renowned university in Lisbon, but when he was a year away from majoring in economics, he moved to Los Angeles to pursue filmmaking, enrolling in a course at the NY Film Academy. Mário began studying Script Analysis under Michael Margotta, of the Actor's Center of Rome, and Directing the Actor in Film with Jack Waltzer, one of the founders of the Lee Strasberg Theater & Film Institute. A few years later, he moved to Rio de Janeiro, where he also studied Theater with Selonk and Paulo de Moraes.His passion for real stories led him to a courageous and challenging journey where he immersed for almost 3 years in the largest and most violent slum complex in Latin America at a time when local factions and federal powers were in a state of war. "Complex: Parallel Universe", Mário's First documentary, was a critical success for its devastating portrayal of human suffering and hope and the country's most watched documentary in Theaters in 2011. It premiered at the Rio de Janeiro International Film Festival, Won the award for Best International Film in the Human Rights category at the Artivist International Film Festival, and got an honorable mention by the International Federation of Film Societies, among other awards. In his following documentary - I Love Kuduro - Mário went to Africa to track several characters in the universe of the Kuduro, an urban cultural movement that was born during the '90s in Angola in the last decade of the Civil War. He was a Berlinale Talent in 2017.As a producer, Mário has curated content that has traveled the world. "Menina", a short film directed by Simão Cayatte, won the Portuguese Academy Award for Best Short Film in 2017 and was invited to be part of "Les Nuits en Or - Les César", a collection of the world's best short films of 2017 organized by the French Academy of Film. More recently, Híbridos - The Spirits of Brasil (Associate Producer), a film that dives into the sacred culture of the largest country in South America through a very poetic and sensory approach, directed by Priscilla Telmon and Vincent Moon, screened at the MOMA in NYC, IDFA in Amsterdam, and Mostra de São Paulo, among other Film Festivals around the world. In 2019 he premiered Bernardo Barreto's "The Seeker", winner of the special jury award in Tallin Black Nights. He co-produced Richard Stanley's "Colour Out Of Space" starring Nicholas Cage and Joely Richardson, that premiered at TIFF'19 and has attracted a legion of genre fans. He was selected to Producers on The Move at European Film Promotion 2020.Mário has a sweet spot for special causes and has created impactful PSAs for the Portuguese Refugee Council, and World Day Of Remembrance. For the Portuguese Paralympic Comity, "Dreams" was featured in The Good Report, ranking as one of the world's 10 most relevant films to promote sustainability and social responsibility. He has also been creating innovative content for some of the world's biggest advertising agencies. Projects directed by Mário have been collecting Gold, Silver, and Bronze awards at the Cannes Lions, Lusophone Creativity Advertising Awards, LIF Lisbon International Advertising Festival, Clio Awards, and other international festivals.Nowadays, he is the partner of the production company BRO Cinema with a focus on creating global relevant content for multi-platforms, cinema, and advertising. Mário's slate is a combination of various IPs developed in the company's writer's room, and it includes TV series, documentaries, and feature films.Known for his cinematic, raw and emotive human portraits across film, documentary, commercials and branded content, Mário is notorious for his flexibility to work across various formats, his spontaneity and emotional approach to directing actors and capturing "real people", and his way of telling a carefully crafted story with an engaging cinematic aesthetic. Mário believes that storytellers have the responsibility to promote critical thinking and contribute positively to the creation of a new world.