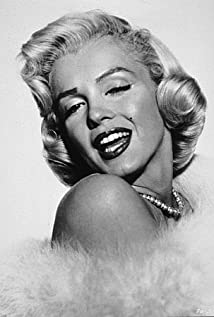 Marilyn Monroe was an American actress, comedienne, singer, and model. She became one of the world's most enduring iconic figures and is remembered both for her winsome embodiment of the Hollywood sex symbol and her tragic personal and professional struggles within the film industry. Her life and death are still the subjects of much controversy and speculation. She was born Norma Jeane Mortenson at the Los Angeles County Hospital on June 1, 1926. Her mother Gladys Pearl Baker was a film-cutter at Consolidated Film Industries. Marilyn's father's identity was never known. Because Gladys was mentally and financially unable to care for young Marilyn, Gladys placed her in the care of a foster family, The Bolenders. Although the Bolender family wanted to adopt Marilyn, Gladys was eventually able to stabilize her lifestyle and took Marilyn back in her care when Marilyn was 7 years old. However, shortly after regaining custody of Marilyn, Gladys had a complete mental breakdown and was diagnosed as a paranoid schizophrenic and was committed to a state mental hospital. Gladys spent the rest of her life going in and out of hospitals and rarely had contact with young Marilyn. Once Marilyn became an adult and celebrated as a film star, she paid a woman by the name of Inez Melson to look in on the institutionalized Gladys and give detailed reports of her progress. Gladys outlived her daughter, dying in 1984.Marilyn was then taken in by Gladys' best friend Grace Goddard, who, after a series of foster homes, placed Marilyn into the Los Angeles Orphan's Home in 1935. Marilyn was traumatized by her experience there despite the Orphan's Home being an adequate living facility. Grace Goddard eventually took Marilyn back to live with her in 1937 although this stay did not last long as Grace's husband began molesting Marilyn. Marilyn went to live with Grace's Aunt Ana after this incident, although due to Aunt Ana's advanced age she could not care properly for Marilyn. Marilyn once again for the third time had to return to live with the Goddards. The Goddards planned to relocated and according to law, could not take Marilyn with them. She only had two choices: return to the orphanage or get married. Marilyn was only 16 years old.She decided to marry a neighborhood friend named James Dougherty; he went into the military, she modeled, they divorced in 1946. She owned 400 books (including Tolstoy, Whitman, Milton), listened to Beethoven records, studied acting at the Actors' lab in Hollywood, and took literature courses at UCLA downtown. 20th Century Fox gave her a contract but let it lapse a year later. In 1948, Columbia gave her a six-month contract, turned her over to coach Natasha Lytess and featured her in the B movie Ladies of the Chorus (1948) in which she sang three numbers : "Every Baby Needs a Da Da Daddy", "Anyone Can Tell I Love You" and "The Ladies of the Chorus" with Adele Jergens (dubbed by Virginia Rees) and others. Joseph L. Mankiewicz saw her in a small part in The Asphalt Jungle (1950) and put her in All About Eve (1950), resulting in 20th Century re-signing her to a seven-year contract. Niagara (1953) and Gentlemen Prefer Blondes (1953) launched her as a sex symbol superstar.When she went to a supper honoring her in the The Seven Year Itch (1955), she arrived in a red chiffon gown borrowed from the studio (she had never owned a gown). That same year, she married and divorced baseball great Joe DiMaggio (their wedding night was spent in Paso Robles, California). After The Seven Year Itch (1955), she wanted serious acting to replace the sexpot image and went to New York's Actors Studio. She worked with director Lee Strasberg and also underwent psychoanalysis to learn more about herself. Critics praised her transformation in Bus Stop (1956) and the press was stunned by her marriage to playwright Arthur Miller. True to form, she had no veil to match her beige wedding dress so she dyed one in coffee; he wore one of the two suits he owned. They went to England that fall where she made The Prince and the Showgirl (1957) with Laurence Olivier, fighting with him and falling further prey to alcohol and pills. Two miscarriages and gynecological surgery followed. So did an affair with Yves Montand. Work on her last picture The Misfits (1961), written for her by departing husband Miller was interrupted by exhaustion. She was dropped from the unfinished Something's Got to Give (1962) due to chronic lateness and drug dependency.On August 4, 1962, Marilyn Monroe's day began with threatening phone calls. Dr. Ralph Greenson, Marilyn's physician, came over the following day and quoted later in a document "felt it was possible that Marilyn Monroe had felt rejected by some of the people she had been close to". Apart from being upset that her publicist slept too long, she seemed fine. Pat Newcombe, who had stayed the previous night at Marilyn's house, left in the early evening as did Greenson who had a dinner date. Marilyn was upset he

Marilyn Monroe: In the Movies