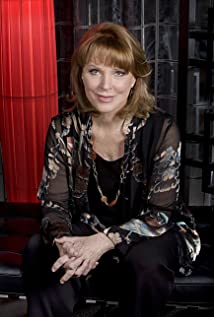 Mariette Hartley was born Mary Loretta, a name she dislikes, in Weston, Connecticut. She was raised in accordance with the principles espoused by her behavioral psychologist grandfather, John B. Watson, who believed that children should never be held or cuddled. She says that the lack of warmth at home is what drove her to the theatre. She studied with John Houseman at the Repertory Stratford and with Eva Le Gallienne at Lucille Lortel's White Barn Theatre. It took her six years to get her first movie, Ride the High Country (1962) with Joel McCrea. She then made a series of TV appearances and sitcoms. Ultimately, she appeared with co-host Bill Beutel on "A.M. America", the predecessor to ABC's Good Morning America (1975). She is most known, however, for her series of Polaroid commercials with James Garner. Mariette's father committed suicide with a self-inflicted gunshot in 1962. Her family kept it a secret for 25 years, but she eventually revealed the incident. This brought her considerable acclaim for speaking out about her devastation. She co-founded a suicide prevention foundation based on her own past situation. She continues to work in the theatre and, in 2000, was hosting the syndicated Wild About Animals (1995). Her children, Justine E. Boyriven (b. 1978) is an actress and singer, and Sean Boyriven (b. 1975) is a film-school graduate.

The Return of Count Yorga