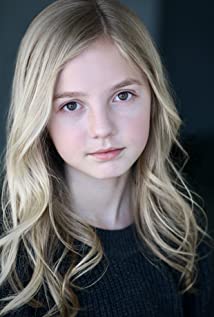 Born in 2010, Marie Wagenman is a young American actress, best known for her role opposite Chris Hemsworth (Thor) in the Jerry Bruckheimer war drama, 12 Strong.Starting acting at 5 years old, Marie was in three seasons of Preacher on AMC, opposite Graham McTavish (The Hobbit, Outlander). By age 6, Marie was a series regular on Scott Frank's Godless on Netflix, opposite Scoot McNairy (Argo) and Merritt Weaver (The Walking Dead). Soon after, Marie was in Paul Rudd's Ideal Home and the Netflix series Longmire (opposite Katee Sackhoff- The Mandalorian). Next came Marie co-starring in NBC's Midnight Texas (opposite Arielle Kebbel and Peter Mensah), and then a supporting role in the Nicolas Cage and Laurence Fishburne film Running With the Devil (opposite Leslie Bibb). She was then directed by Tony Goldwyn in her recurring role in Netflix's thriller Chambers as Uma Thurman and Tony Goldwyn's daughter. In 2020, Marie had a supporting role in HBO's Unpregnant, and in 2021 played Kristin Davis (Sex and the City) and Dermot Mulroney's (My Best Friend's Wedding) daughter in Neflix's psychological thriller Deadly Illusions. Marie has 5 siblings, is obsessed with reading books, and absolutely loves dogs.