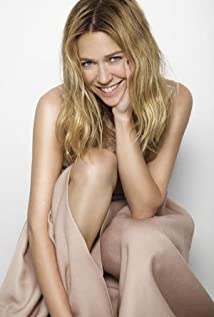 Marie-Josée Croze first studied fine arts before opting for the stage at La Veillée-Prospero Theatre workshop in Montreal. In 1993 she got her first movie part in La Florida (1993) and started working for numerous Canadian TV series and movies.In 2000, with her performance in Denis Villeneuve's Maelstrom (2000) she got national (Jutra and Genie best actress awards) and international recognition, and began shooting with some of the most acclaimed Canadian directors: Atom Egoyan for Ararat (2002) and Denys Arcand for The Barbarian Invasions (2003), for which she got the best actress award at the Cannes Film Festival in 2003.After the Cannes award many French directors used her incredible versatility: she played a mysterious and glamorous movie star in Ordo (2004), adapted from Donald E. Westlake's novel, a single mother overwhelmed by her responsibilities in Jean-Pierre Denis' drama The Girl from the Chartreuse (2005), a down-to-earth architect in the romantic comedy The Story of My Life (2004).Chosen by Steven Spielberg to play the seductive Dutch assassin in Munich (2005), Marie-Josée Croze is now associated with high profile projects. She will be in 2006 the mother of the young and rebellious peasant from Eugène Le Roy's novel in the historical drama Jacquou le croquant (2007); and Dr. Beck's murdered wife in Tell No One (2006), the French adaptation of Harlan Coben's novel.