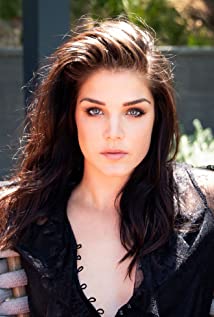 Marie Avgeropoulos currently stars as "Octavia Blake" in the CW's post-apocalyptic drama series, The 100 (2014). The Emmy- nominated series chronicles the surviving population living on a space station, called the ARK, who send a group of 100 delinquents down to earth. THE 100 set out to see if earth might still be inhabitable as supplies are running low on the ARK.Marie recently wrapped production on three independent films: Isolation (2015), Numb (2015) and A Remarkable Life (2016), slated for release in early 2016. Earlier this year, Marie was seen, opposite Taylor Lautner in the Lionsgate thriller, Tracers (2015). Other film credits for Marie include the 2011 Golden Globe-nominated 50/50 (2011), alongside movie veterans Seth Rogen & Joseph Gordon-Levitt, as well as her memorable premiere film role in the 2009 comedy, I Love You, Beth Cooper (2009), starring opposite Hayden Panettiere.Marie has also become a go-to TV actress with several guest appearances on hit shows, such as Supernatural (2005), Fringe (2008), Eureka (2006) and Human Target (2010). In 2013, Marie landed her break-out role in television in The CW's Cult (2013), opposite Matthew Davis and Robert Knepper.Born and raised on the shores of Lake Superior in Thunder Bay, Ontario, Canada Marie grew up fishing, hunting and camping spending most of her free time outdoors. She learned to play the drums at a young age, which has helped land her roles in various national commercials.Marie currently resides in Los Angeles.