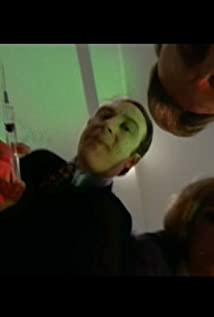 She was one British character player who seemed to show up everywhere on post-war film, stage and TV, although, more times than not, could barely be glimpsed. A most efficient actress, Marianne Stone's career spanned four decades and was primarily enjoyed in bawdy, ribald comedy playing lowbrow or working-class ladies about town (waitresses, barmaids, clerks, shrews, landladies, secretaries, receptionists, etc.)Born in King's Cross, London, on August 23, 1922, the dark-haired Marianne was raised by her grandparents who were furniture owners. Her grandmother also ran her own music school and Marianne benefited from that. Winning a music scholarship to the Camden School for Girls, she instead studied at the Royal College of Music, then earned an acting scholarship to the Royal Academy of Dramatic Art in 1940. Following her graduation she initially made ends meet by working as secretary types in offices, and also found work as an assistant manager for various stock companies. She made her on-stage West End debut in 1945 with a role in "The King Maker" at age 23. A high point for her, as for her stage work, was winning the Gertrude Lawrence Award for "Character Acting".Marianne moved quickly into films following WWII with minuscule roles in such films as Brighton Rock (1948) and Escape Dangerous (1947). During the latter film's shoot, she met her future husband, actor/producer, Peter Noble, who went on to become a noted London show business columnist, theatre critic and film historian. They married in 1947 and had two daughters Katina Noble and Kara Noble . Of the hundreds of films she appeared in, some "A" but primarily "B" pictures, Marianne was given the chance to shine in only a few.Producing/directing brothers Roy Boulting and/or John Boulting utilized her presence in several of their films, albeit minor, including Seven Days to Noon (1950), High Treason (1951), Brothers in Law (1957), I'm All Right Jack (1959), Man in a Cocked Hat (1959) and Heavens Above! (1963). Marianne also became a steadfast player (nine total) in the highly popular "Carry On..." slapstick movie series beginning with Carry on Nurse (1959) and finishing a decade and a half later with Carry on Behind (1975). Her most engaging cameo in the series came with her old hag role in Carry on Dick (1974). In what would have been her tenth film in the series, she was deleted from the final print of Carry on Matron (1972).While Marianne enjoyed a more visible part in Passport to Treason (1956), her most sharply-defined roles on celluloid was arguably that of co-writer Vivian Darkbloom in Lolita (1962) starring James Mason, Shelley Winters, Peter Sellers and nubile Sue Lyon in the title role. Supposedly it was Winters (who wound up staying with Stone during the film's shooting) who helped Marianne get the part. Ironically, one of Stone's last film, Déjà Vu (1985) also happened to feature Winters. A few of the character lady's bawdier 70s film work included Au Pair Girls (1972), the similarly-styled "Carry On" film Bless This House (1972), The Love Ban (1973), Mistress Pamela (1973), The Cherry Picker (1974) and Confessions of a Window Cleaner (1974).On TV Marianne was seen in such colorful productions as Great Performances: Eccentricities of a Nightingale (1976), Little Lord Fauntleroy (1976) and the mini-series A Man Called Intrepid (1979). Marianne's husband Peter predeceased her (1997) and she herself died on December 21, 2009, at the age of 87. Survived by her children, one of her daughters, Kara Noble appeared with her mother in the film Funny Money (1983).

The Class of Miss MacMichael

Confessions of a Summer Camp Councillor

I'm Not Feeling Myself Tonight