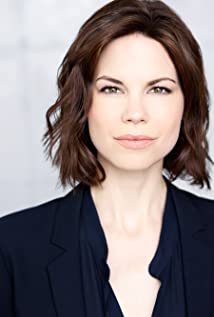 Mariana Klaveno (b. 25th October) is an American actress best known for her role as Lorena in HBO's True Blood. She also starred in the feature film While the Children Sleep (released as The Sitter on DVD) in the role of Abby Read in 2007.She's guest starred in TV show episodes of Standoff, ER, and others.She appeared in the HBO Series True Blood, alongside Anna Paquin and Stephen Moyer, in the fifth episode of season one as the vampire Lorena, who turned Bill Compton into a vampire. Her character became a regular with starring credits in the second half of season two and into season three.She was nominated along with the starring cast of True Blood for the "Outstanding Performance by an Ensemble in a Drama Series" at the 16th Annual Screen Actors Guild awards in January 2010.Mariana Klaveno grew up in Endicott, Washington on the family owned and operated farm, with her three older siblings. After graduating valedictorian of her high school class, she pursued her B.A. in theatre at the University of Washington in Seattle. She trained there with Jon Jory, erstwhile Artistic Director of Actor's Theatre of Louisville.After graduating with honors, Mariana moved to Los Angeles and continued her training with noted acting coach, Cameron Thor.After a chance meeting with acclaimed Producer\Director J.J.Abrams, he cast Mariana in Alias, her network television debut.However, it wasn't until her standout guest performance as a modern day Bonnie Parker on Standoff opposite Ron Livingston and Rosemarie DeWitt, that people really began to stop and take notice. Guest star roles followed on ER, K-Ville and Laws of Chance.She also starred in the television movie Final Approach (2007).For the 2010 LA Shorts Film Festival - held at Laemmle Sunset 5 Theaters on Sunset Blvd - Mariana was one of the judges, along with fellow True Blood co-star Carrie Preston.Mariana currently resides in Los Angeles.

No God, No Master