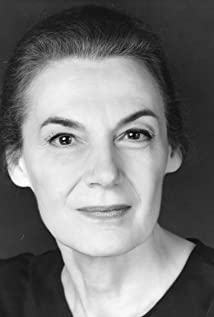 Tony Award-winner Marian Hall Seldes, one of the premier stage actresses in America, was born on August 23, 1928 in Manhattan, New York, to writer and journalist Gilbert Seldes, and his socialite wife, the former Alice Wadhams Hall. Her paternal grandparents were Russian Jewish immigrants, and her mother was from an Episcopalian family with deep roots in the United States.Marian studied drama at the Neighborhood Playhouse with Sanford Meisner and dance with Martha Graham. She honed her craft with the legendary Broadway diva, Katharine Cornell, with whom she appeared in the play, "That Lady", in the 1949-50 season.Seldes, herself, taught acting at The Juilliard School from 1967 to 1991 and at Fordham University's Lincoln Center campus since 2002. Her students include Oscar-winners William Hurt, Kevin Kline and Robin Williams, Emmy Award-winners Kelsey Grammer and Laura Linney, and Tony Award-winner Patti LuPone.She made her Broadway debut, in 1948, in Robinson Jeffers' adaptation of "Medea", with acting great Judith Anderson giving a legendary performance as Euripides' scorned heroine in a production directed by John Gielgud, who also played "Jason". It began a career that lasted 59 years: She last appeared on Broadway in 2007 in Terrence McNally's "Deuce". Along the way, she was nominated for a Tony Award five times, winning on her first nod for Edward Albee's A Delicate Balance (1973). Seldes has long been associated with Albee, appearing in three of his plays, starting with "Tiny Alice" in 1962. (Albee's Pulitzer Prize-winning "Three Tall Women", which starred Seldes, did not play the Great White Way but appeared off-Broadway.)Seldes also has had an extensive career in movies, television and radio, playing everything from Emily Brontë in the 1952 TV movie, Hallmark Hall of Fame: Our Sister Emily (1952), to Lucas McCain's dead wife in The Rifleman (1958) episode, The Rifleman: The Vision (1960) in 1960, to First Lady Anna Eleanor Roosevelt in Truman (1995) to Mr. Big's mother on Sex and the City (1998). She also has done extensive work as a radio actress, appearing on the CBS Radio Mystery Theater, from 1974 to 1982.Her first marriage to Julian Claman, by whom she had a daughter, ended in divorce in 1961. She was married to screenwriter Garson Kanin from 1990 until his death in 1999.In 2010, Marian Seldes received a Tony Lifetime Achievement Award for her great career in the theater as befits her reputation as one of America's greatest stage performers.

Jeremy Fink and the Meaning of Life

The Book of Daniel