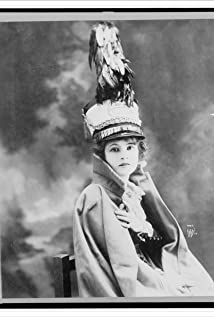 In the 1910s, waifs and child-women like Mary Pickford, Lillian Gish and Mary Miles Minter were dominant forces at America's box offices. Audiences welcomed Marguerite Clark into this group, especially those who preferred her dark brown hair and large brown eyes to the blonde-haired, blue-eyed looks of Pickford, Gish and Minter. She was tiny (about 4'10", weighing about 90 pounds) with a very pretty, Kewpie-doll face that never seemed to age. Even at the end of her career, at the age of 38, make-up artists had little trouble making her look 12 years old. Marguerite began life on a farm southeast of Lima, Ohio. As a child she was sent to a convent southeast of Cincinnati for her education, remaining there until the age of 16, when she made her stage debut with a stock company in Baltimore. DeWolf Hopper Sr. saw her and brought her to New York as his co-star in the play "Happyland". For over a decade she appeared in some of the most popular plays and musicals on Broadway, including "Anatol" with John Barrymore. In 1914 she signed with Famous Players, which, along with its sister companies Paramount and Artcraft, would produce all but her last movie. Her looks and acting talent quickly made her one of the top movie stars of the time. However, she was dissatisfied with the acting life. In 1918 she married a New Orleans plantation owner and took up residence there. She split her time between New York (where she made most of her movies) and New Orleans, all the time planning to quit acting and move permanently to the plantation. Her only wish was to go out on top. In 1921 she got her wish. The annual Quigley Publications poll of motion picture exhibitors ranked her as the nation's top movie actress of 1920, and the second-place movie star overall to Wallace Reid. She had just completed Scrambled Wives (1921), produced by her own newly formed production company, for First National. After the release of the Quigley poll, she disbanded her production company and retired to her husband's plantation, where she lived until his death in 1936. She moved back to New York City shortly thereafter. She was also the model for Snow White in Walt Disney's masterpiece Snow White and the Seven Dwarfs (1937). She died following a short bout with pneumonia in 1940.