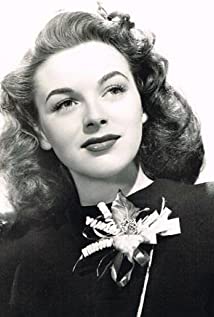 Marguerite Chapman, a small-town secretary and tomboy nicknamed "Slugger", became a model only after friends insisted "you oughta be in pictures", and she went on to act in more than 30 movies. Never a Hollywood wannabe, Chapman grew up in Chatham, New York, with four brothers. She started working as a typist and switchboard operator in White Plains, New York. Praised repeatedly for her beauty, she became a John Powers model in New York City. After she had appeared on the covers of enough magazines, studios beckoned her to Los Angeles. From 1940 to 1943 she appeared in 18 movies, ranging from Charles Chaplin comedies to armed services booster films as a member of the Warner Bros. singing and dancing Navy Blues Sextet. Chapman was cast as the leading lady in Destroyer (1943) with Edward G. Robinson and Glenn Ford. During World War II she entertained troops, kissed purchasers of large war bonds and appeared in a string of war-themed pictures. By the 1950s, however, she had slipped into supporting roles, notably as the secretary in The Seven Year Itch (1955) with Marilyn Monroe and Tom Ewell. As her film career waned, she made a few appearances on television, and appeared occasionally in small theaters. Her last film, The Amazing Transparent Man (1960), was a low-budget sci-fi quickie shot by cult director Edgar G. Ulmer in a few days on the grounds of the state fair in Texas (she was asked to appear as "Old Rose" Calver in Titanic (1997), but she was too ill at the time, and the role went to Gloria Stuart). She was married and divorced from attorney G. Bentley Ryan and assistant director Richard Bremerkamp. Her acting career is memorialized with a star on the Hollywood Walk of Fame.