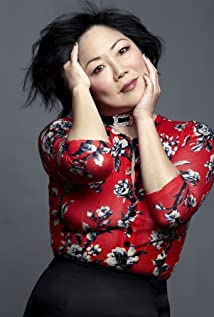 Margaret Cho was born Dec. 5, 1968 and raised in San Francisco. Her grandfather was a Methodist minister who ran an orphanage in Seoul during the Korean War. Ignoring the traditions of her patriarchal culture, her mother bravely resisted an arranged marriage in Korea and married Margaret's father who writes joke books - in Korean.What Margaret did know is that she didn't love being a kid. Racing toward adulthood to escape bullying, she began writing jokes for stand up at 14 and professionally performing at age 16. Getting picked on, and feeling disenfranchised, is a subject that's very near to Margaret's heart. She has become a sort of "Patron Saint" for Outsiders, speaking for them when they are not able to speak for themselves.Soon after starting her Stand Up career, Margaret won a comedy contest where first prize was opening for Jerry Seinfeld. She moved to Los Angeles in the early '90s and, still in her early twenties, hit the college circuit, where she immediately became the most booked act in the market and garnered a nomination for "Campus Comedian of The Year." She performed over 300 concerts within two years. Arsenio Hall introduced her to late night audiences, Bob Hope put her on a prime time special and, seemingly overnight, Margaret Cho became a national celebrity.Her groundbreaking, controversial, and short-lived ABC sitcom, All-American Girl (1994) soon followed. Oddly, while chosen because of who she was-a non-conformist Korean American woman with liberal views-the powers-that-be then decided they wanted her to "tone it down" for the show. Challenging Margaret's feelings for both who she was and how she looked, she soon realized that though she was an Executive Producer, it was a battle she would not win.The experience was a traumatic one, bringing up unresolved feelings left over from childhood, and Margaret developed an eating disorder as a response to criticism about her body. She was so obsessive in her goal to try to be what she thought others wanted, she landed in the hospital with kidney failure. Through out a period of self-abuse, Margaret continued performing to sold-out audiences across the country in comedy clubs, theaters, and on college campuses, working to channel her anger in to something more positive.In 1999, her groundbreaking, off Broadway one-woman show, I'm The One That I Want, toured the country to national acclaim and was made into a best-selling book and feature film of the same name. After her experience with All-American Girl, Margaret wanted to make sure she would only have to answer to herself, making sure she was responsible for the distribution and sales of her film, taking a page from what music artist Ani DiFranco did with her Righteous Babe Records. The concert film, which garnered incredible reviews, broke records for most money grossed per print in movie history. In 2001, after the success of her first tour, Cho launched Notorious C.H.O., a smash-hit 37-city national tour that culminated in a sold-out concert at Carnegie Hall. Notorious C.H.O. was recorded and released as a feature film, hailed by the New York Times as "Brilliant!" Both films were acquired by Showtime Cable Networks, and produced by Margaret's production company, a testament to the success of Margaret's bold business model.In March of 2003, Margaret embarked on her third sold-out national tour, Revolution. It was heralded by the Chicago Sun Times as "Her strongest show yet!" and the CD recording was nominated for a Grammy for Comedy Album of the Year. In 2005, Cho released Assassin, which The Chicago Tribune crowed "Packs passion in to each punch." The concert film premiered in select theaters and on the gay and lesbian premium channel Here! TV in late 2005.In 2007, Margaret hit the road with Cyndi Lauper, Debbie Harry and Erasure, along with indie faves The Dresden Dolls and The Cliks, to host the True Colors Tour, benefiting the Human Rights Campaign. A true entertainment pioneer, Margaret also created and starred in The Sensuous Woman, a live variety show featuring vaudevillian burlesque and comedy, which she took for an extended off-Broadway run in the fall.Margaret returned to TV in 2008 on the VH1 series, The Cho Show. The Cho Show followed Margaret, her real parents, and her eccentric entourage through a series of irreverent and outrageous experiences, shaped by Margaret's 'anything goes' brand of stand-up. It was beloved for the audience it was intended for, the ones who maybe don't quite fit in, who knew Margaret is one of them.The aptly titled Beautiful came next, exploring the good, bad and ugly in beauty, and the unattractive politicians and marketers who shape our world. The concert premiered in Australia at The Sydney Theater, marking the first time Margaret debuted a tour abroad. While touring through the US, the concert was filmed at the Long Beach theatre, aired as a special on Showtime in 2009, and then released as both a DVD and a book.In 2009 Margaret nabbed a starring ro

Alaska Is a Drag