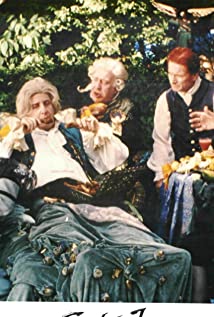 A descendant of Italian immigrants, Nanini is the son of a hotel manager, and moved four times from his native town during his childhood. At the age of ten, he finally settled in Rio de Janeiro.In the early 1960s, he worked at a bank and a hotel before starting his theatrical career, acting professionally for the first time in 'A Floresta Encantada', a children's play in 1965. In television, he started as a background actor at Rede Globo in 1969. From the 1970s on, he appeared on films and telenovelas, produced by major networks such as Bandeirantes, Tupi and mostly Globo, establishing a successful career in television.In 1986, he debuted, opposite Ney Latorraca, in the staging of Marília Pêra's production of 'The Mystery of Irma Vep', a great box office success and longest-running play ever produced in Brazil (11 years). This hit play, written by Charles Ludlam, was created for two actors who, between them, play eight characters of both sexes and go through some 35 costume changes during the two-hour show.In 2001, he starred in Big Family (2001), a remake of the 1973 series. This version was such a success that it ran until 2014, and got a spin-off, A Grande Família: O Filme (2007). in May 2017, he celebrated 50 years of his career, in the play 'Ubu Rei'.He has lived in domestic partnership with producer Fernando Libonati since 1988.

God Save the King

Caramuru: The Invention of Brazil