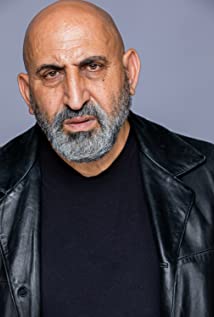 Marco Khan(lian) is a true citizen of the world. He was born March 27th of Armenian parents in Tehran, Iran. His father, Levon was born in Lebanon and raised in Iran where he met his wife Anna, born in Babol, Iran. Marco's grandparents (from his mother's side) were a grandfather from Russia and a grandmother from the country of Georgia. Marco and his younger brother left Iran at age 11 in pursuit of higher education. Schooled in Venice, Italy and then in Catalina Island, California. Marco now calls Los Angeles, CA, home. At age 17, Marco picked up English as his 4th language and assumed the responsibility as the caretaker for his entire family. While operating a series of restaurants for 12 years to support his family, Marco enjoyed brief stints as a Professional Athlete in Soccer, Football and Pro Wrestling! After his father passed away, he decided to pursue his lifelong passion of becoming an actor. His looks, talent, and diverse background have allowed Marco to play a variety of interesting characters. He is a versatile actor, achieving success in comedy, action and drama. Despite his "tough guy" appearance, his demeanor is quiet, gentle, gracious and sincere. As a father, he loves children and animals. Almost everyone who meets Marco agrees that there is "Just something special that draws you towards him." He is a kind and tolerant humanitarian who is relentless in his pursuit for peace. Always positive and encouraging to others, "Never Give Up" is the motto he lives by. Marco is a true believer that everything happens for a reason, that tests and trials in life shape your character and that his destiny is in God's hands.

God's Not Dead: We the People

My Stretch of Texas Ground