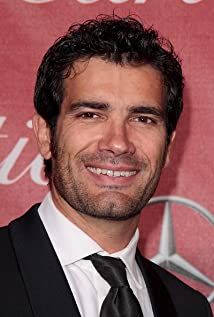 Actor, screenwriter and film producer. Obtained a BA. in Philosophy then attended il Centro Sperimentale di Cinematografia (CSC). He debuted as an actor in theater, then on TV as leading man in many TV shows in both Italy and France. In 2001 he stared and co-produced "All there is to know" by Eros Puglielli, the film in which her co-stared opposite Giovanna Mezzogiorno. In 2005, together with Eros Puglielli, he created the manifesto "The Coproducers". In 2004 he went on to produce and star in an AD project directed by Eros Puglielli, again co-starring with Giovanna for which he won best actor at BAFF (Busto Arsizio film fest). By 2006 he had written and co-produced 'Billo, Il Grand Dakhaar' with music star Youssou N'Dour, directed by Laura Muscardin. The film wins 5 international film awards: 3 in America (Best feature - Temecula film fest; Best score- Syracuse film fest and Special Mention - Sicilian Film fest of Miami) and 2 in France (Best feature - Festival de Villerupt; Best feature - Festival du Cinema Italien de Paris). In 2007, together with Edoardo Leo he created "Ne parliamo a cena", a TV-series. The series was presented at the Roma Fiction Fest 2008 in the section international pilots. He is member of the Actor's Center Rome founded by Michael Margotta. In 2008 Marco and Margotta produced an experimental English speaking film based on Strindberg's most famous play Miss Julie which was presented at "RIFF AWARD 2009". By 2009 Marco wrote and stared in another feature called "18 years later" together with Edoardo Leo who also directed it. The film was very well received in march 2010 at its very crowded Hollywood premiere at the Mann Chinese Theater. In April 2010 Marco opens in France with Pathe mega-hit Camping 2 directed by Fabien Oteniente, co-starring opposite Mathilde Signer. Marco is currently developing three other English speaking features which will see him busy writing-producing and starring in.

I Can Quit Whenever I Want: Masterclass

The Legendary Giulia and Other Miracles

Under the Tuscan Sun