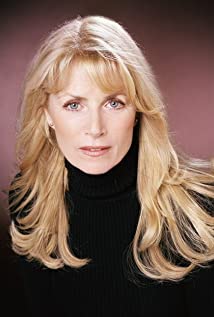 This tall, willowy brunette (frequently blonde) was born April 28, 1948, in New York City, one of four children. Raised in Passaic, New Jersey, she grew into a striking young teen and worked for a time as a model in a local children's department store. Trekking back to New York City equipped only with her modeling credentials and a natural singing talent, Marcia found herself performing in an off-Broadway show at the ripe old age of 15, replacing 17-year-old Liza Minnelli in the musical "Best Foot Forward." Inspired, Marcia ventured ahead with a number of stage roles, then broke into television and scored her first semi-regular role as an army nurse on the very first season of M*A*S*H (1972). Her big breakout role, and the one for which she will best be remembered, was as Gabe Kaplan's wife on the popular sitcom Welcome Back, Kotter (1975) for four seasons. Despite the steady work, she was fairly disillusioned at playing the relatively sane (i.e., overlooked) role of Julie Kotter. Most of the focus landed squarely on her husband, a Brooklyn schoolteacher (the show was based on Kaplan's real-life experiences as a teacher) and his interaction with student "Sweathogs" Robert Hegyes, Lawrence Hilton-Jacobs, Ron Palillo and pre-megastar John Travolta. Stuck with essentially a reactive character, she gamely stayed with the show throughout its run. "Kotter" would be her only hit series despite a handful of attempts, but she managed to persevere in later years with guest spots on such shows as Magnum, P.I. (1980), Amazing Stories (1985), Highlander (1992), Sweet Justice (1994) and Providence (1999). She would regain major attention one more time as (again) a wholesome wife, playing nerdy Rick Moranis' spouse in the surprise Disney hit Honey, I Shrunk the Kids (1989). She reprised that role in the equally popular sequel, Honey, I Blew Up the Kid (1992). In 1998 Marcia returned to her musical roots and performed with "Beauty and the Beast" star Susan Egan in "Hello Again," which was a revamped version of the Max Ophüls classic French film La Ronde (1950). Here she played against type as a prostitute. Over the years Marcia has carved out a niche for herself not only as a fine actress but also as a social and labor activist, and has lent her skills and talents to many progressive causes.

Honey, I Shrunk the Audience