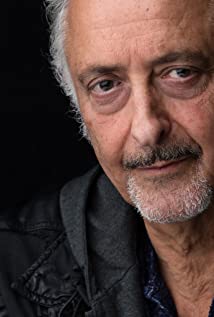 Talented actor and voice artist Marcelo Tubert's introduction to theatre came at the age of three, in "Garcia Lorca's Yerma," when a child actor in a visiting troupe became ill. When he was seven, Marcelo and his family moved to Los Angeles, where he later took up acting seriously in high school, then studied at Los Angeles City College's Theatre Arts Department.Among his many early influences, he cites actor Alejandro Rey. Tubert began with small television and film roles. As those roles grew larger, he was also proving his versatility, establishing himself in theatre and with commercial and voiceover work.Marcelo's recurring and guest-starring appearances include such shows as Prison Break, NCIS. Jane the Virgin, New Girl CSI:Miami,Supah Ninjas, Without a Trace, ER, The War At Home. Monk', George Lopez, JAG, Frazier, Seinfeld, and Star Trek: The Next Generation as Acost Jared, Leader of Ventax 2.His numerous film roles include parts in the films Miss Congeniality 2: Armed and Fabulous, Tremors 2: Aftershocks, Postcards from the Edge, and the Roger Corman directed remake of The Masque of the Red Death.Among his most notable voice roles, was as Laurent in the English version of Toys in the Attic. other roles include in the animated series Pinky and the Brain, Batman: The Animated Series, The Real Adventures of Jonny Quest and King of the Hill He has also contributed additional voices to, Kung Fu Panda 2 Madagascar 2, Over The Hedge, Shrek II, Shark Tale, Apocalypto, and Passion of the Christ.

The League of Legend Keepers: Shadows