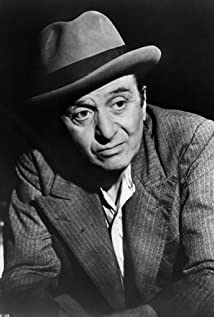 Sunday, November the 20th is the anniversary of Marcel Dalio's death in 1983. It was the end of a serendipitous life. You know him. He was a citizen of the world. Born Israel Moshe Blauschild, in Paris, in 1900, he became a much sought-after character actor. His lovely animated face with its great expressive eyes became familiar across Europe. He appeared in Jean Renoir's idiosyncratic "Rules of the Game" (The Rules of the Game (1939)) and "Grand Illusion" (La Grande Illusion (1937)), arguably the greatest of all films. True to his Frenchman's heart, he married the very young, breathtaking beauty Madeleine Lebeau. He worked with von Stroheim and Pierre Chenal. He had it all.But then the Germans crushed Poland, swept across Belgium and pressed on toward Paris. He waited until the last possible moment and finally, with the sound of artillery clearly audible, with Madeleine, fled in a borrowed car to Orleans and then, in a freight train, to Bordeaux and finally to Portugal. In Lisbon, they bribed a crooked immigration official and were surreptitiously given two visas for Chile. But on arriving in Mexico City, it was discovered the visas were rank forgeries. Facing deportation, Marcel and Madeleine found themselves making application for political asylum with virtually every country in the western hemisphere. Weeks passed until Canada finally issued them temporary visas, and they left for Montreal.Meanwhile, France had fallen and, in the process of subjugating the country, the Germans had found some publicity stills of Dalio. A series of posters were produced and were then displayed throughout the city with the caption 'a typical Jew' so that citizens could more easily report anyone suspected of unrepentant Jewishness. The madness continued. The Curtain Rises (1938), a popular film, was ordered re-edited so that Dalio's scenes could be deleted and re-shot with another, non-Jewish, actor.After a short time, friends in the film industry arranged for them to arrive in Hollywood. Nearly broke, Marcel was immediately put to work in a string of largely forgettable films. Madeleine, a budding actress in her own right, was ironically cast in Hold Back the Dawn (1941), a vehicle for Charles Boyer with a plot driven by the efforts of an émigré (Boyer) trying desperately to cross into the United States from Mexico. But the real irony was waiting at Warner Brothers.In early 1942, Jack L. Warner was driving production of a film based on a one act play, 'Everybody Comes to Rick's' but had no screenplay. What he had was a mishmash of treatments loosely based on the play and two previous movies. But he had a projected release date and a commitment to his distributors to have a movie for that time slot and little else. Warner Brothers started to wing it.Shooting started without a screenplay and little plot. Principal players were cast and a director hired but casting calls for supporting roles and bit players continued, and sometime in the early spring Marcel Dalio and Madeleine Lebeau were cast as, respectively, a croupier and a romantic entanglement for the male lead. Veteran screen-writers were hired to produce a running screenplay, sometimes delivering pages of dialogue one day, for scenes to be shot the following day. No one knew exactly where the plot would go or how the story would turn out. No one was sure of the ending. And, of course, they produced a classic, perhaps the finest, American movie.They produced a screenplay of multiple genres, rich with characterizations, perfectly in tune with the unfolding events in Europe and loaded with talent from top to bottom. Oh, and they changed the title to Casablanca (1942).It is so well known, that many lines of long-memorized dialogue have passed into the slang idiom. 'We'll always have Paris', 'I was misinformed', 'Here's looking at you, kid', ' I am shocked! Shocked! To find that there's gambling going on in here!', 'Louis, I think this is the beginning of a beautiful friendship', 'Oh he's just like any other man, only more so', 'I don't mind a parasite. I object to a cut-rate one', 'Round up the usual suspects', and, of course, the iconic 'Play it, Sam,' often misquoted as 'Play it again, Sam,' the title of the Woody Allen movie.Madeleine Lebeau plays Yvonne, the jilted lover of Humphrey Bogart, who is seen drowning her sorrows at the bar early in the film and who later, to get back at Rick and looking for solace takes up with a German officer finding only self-hatred. She is luminous.And when Claude Rains delivers the signature line, 'I'm shocked! Shocked! To find that there's gambling going on in here!' the croupier, Emil, played by Marcel Dalio, approaches from the roulette table and says simply, 'Your winnings, sir.' It is a delicious moment ripe with scripted irony, one among many in this film, but one made all the more so, knowing where Dalio came from and what he and his wife had endured to arrive at that line.Alas, they separated and divorced the next year, both go

Rostropovich: The Genius of the Cello

Shadow of the Castles