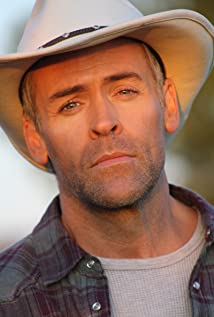 After growing up in the heart of the Bible belt, singing in the church choir, getting a degree in, what else, agriculture, Marc Raymond left the farmlands for Chippendales? On a college dare Marc auditioned to be a dancer, and this handsome farm boy spent the next two years touring all of Europe with the Chippendales troupe. After returning to the U.S. and hanging up his G-string, a love of skiing and the outdoors brought Marc to the little ski town of Park City, Utah. While opening three successful spas in the upscale resort community, Marc continued acting and singing in Park City theatre productions, emceeing charity events and appearing in local commercials. He also began to be a favorite of independent film directors shooting in Utah, hoping to get their films to Robert Redford and the Sundance Film Festival. With his movie star good looks it wasn't long until Hollywood came calling and Marc found himself working with Lauren Holly and Greg Germann in Down And Derby, based on the famous annual Boy Scouts of America Pinewood Derby. Marc is a stage trained baritone. He recently had the honor of being selected to perform with Graham Russell of Air Supply in the Chicago and New York presentations of the musical Heart Of The Rose. With his film and TV work, and movie star good looks, Marc Raymond is heading to Hollywood. But he hopes to be returning to Park City next year because, as he says "Surely one of those indie films I did will make it to Sundance!"

Reflections in the Mud