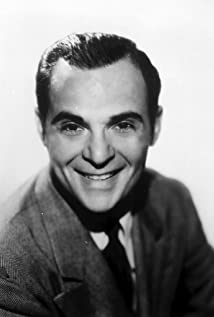 American character actor who specialized in underworld types, despite a far greater range. A native of the Bronx, he participated in plays in school, then attended City College of New York. In 1930, he was accepted into Eva Le Gallienne's company, where he became friendly with another young actor, one day to be known as John Garfield. The two appeared in a number of plays, both with Le Gallienne's company and with the highly-politicized Group Theatre, before Lawrence was given a film contract with Columbia Pictures. His scarred complexion and brooding appearance made him a natural for heavies, and he played scores of gangsters and mob bosses over the next six decades. Nevertheless, he could turn in fine performances in very different kinds of roles as well, such as his bewildered mountain boy in The Shepherd of the Hills (1941).Following the Second World War, as anti-Communist fervor gripped America, Lawrence found himself under scrutiny for his political leanings. When called before the House Un-American Activities Committee (HUAC), he admitted he had once been a member of the Communist Party. The Committee broke down his resolve and he "named names" (including Sterling Hayden, Lionel Stander, Anne Revere, Larry Parks, Karen Morley and Jeff Corey). Nonetheless, he was blacklisted and departed for Europe, where he continued to make films, often in leading roles. Following the demise of the blacklist, he returned to America and resumed his position as a familiar and talented purveyor of gangland types. He was also a writer and director.

From Dusk Till Dawn