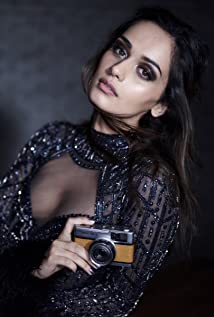 Manushi Chhillar (born 14 May 1997) is an Indian model and the winner of the Miss World 2017 pageant. She represented the state of Haryana at the Femina Miss India 2017 pageant, which she won. Chhillar is the sixth Indian woman to win the Miss World pageant. She was signed up as a brand ambassador for Malabar Gold and Diamonds, one of the world's largest retail jewellery groups. Chhillar was named as the "Times Most Desirable Woman of India 2017". She was also featured in a television commercial for Club Factory.Chhillar was born in Rohtak, Haryana to father, Dr. Mitra Basu Chhillar, who is a scientist at Defence Research and Development Organisation (DRDO) while her mother, Dr. Neelam Chhillar, is an associate professor and department head of neurochemistry at the Institute of Human Behaviour and Allied Sciences.Chhillar studied at St. Thomas' School in New Delhi and was all India CBSE topper in English subject in class 12. She cleared the All India Pre Medical Test and NEET exam in her first attempt and is pursuing a medical degree (MBBS) at the Bhagat Phool Singh Medical College in Sonipat. She is a trained Kuchipudi dancer, and has trained under legendary dancers Raja and Radha Reddy and Kaushalya Reddy. Chhillar has also attended the National School of Drama.Chhillar's journey in pageantry began with Fbb Campus Princess 2016 where she was crowned as one of the finalists from All India Institute of Medical Sciences during her college (Pulse) fest in December 2016. Thereafter, she went on to win the title of fbb Femina Miss India Haryana in April 2017. Chhillar represented the state of Haryana in annual Femina Miss India competition and was crowned Femina Miss India 2017 in the finale held on 25 June 2017. During the competition, Chhillar was crowned Miss Photogenic, and went on to win the competition as well, earning the right to represent India at the Miss World 2017 competition.Chhillar represented India at Miss World 2017, where she became a semifinalist in the Top Model, People's Choice, and Multimedia competitions, and was the winner of the Head-to-Head Challenge from Group Nine and co-winner of the Beauty with a Purpose competition. She is fourth Beauty with a Purpose winner at Miss World from India. Chhillar's Beauty with a Purpose project was Project Shakti. The campaign's goal is to spread awareness about menstrual hygiene. She visited about 20 villages for the project and treated over 5,000 women.On 18 November 2017, Chhillar was crowned Miss World 2017 by outgoing titleholder Miss World 2016 Stephanie Del Valle from Puerto Rico in the finals in Sanya, China. She became the sixth Indian woman to win the crown, and the first since Priyanka Chopra won Miss World 2000.As Miss World 2017, Chhillar returned to India on 26 November, where she was greeted by a large crowd. A homecoming press conference was arranged for Chhillar at St Regis Hotel, Mumbai. She was one of the celebrity speakers at the 2017 Global Entrepreneurship Summit in Hyderabad. Chhillar was announced as the brand ambassador for Anaemia Free Haryana. Her Beauty with a Purpose campaign, 'Project Shakti' was given government aid of 18 crore (approximately $2.8 million), ensuring free availability of sanitary napkins for all girls in the government schools of Haryana by Chief Minister of the state Manohar Lal Khattar. She was honoured with the Special Achievement Award at the 2017 CNN-IBN Indian of the Year Awards for winning Miss World. She was also India's top trending personality on Google search in 2017. She received Proud Maker of India award at Six Sigma Healthcare Leadership Summit 2017 in New Delhi. She was also guest speaker at the 10th C4IO by Hewlett-Packard Enterprise at Pushkar.She made a debut in 2018 edition of annual celebrity calendar by leading Indian fashion photographer Dabboo Ratnani. She made an appearance in special show Super Nights With Padman to promote her Beauty with a purpose project on menstrual hygiene in association with Akshay Kumar's Pad Man (film). She graced the covers of Cosmopolitan (magazine) India mag February 2018 edition, Grazia India, March 2018 edition, L'Officiel India April 2018 edition and an Indonesian lifestyle magazine HighEnd.After her homecoming ceremony, Chhillar's first visit was to London along with Julia Morley, the Chairman and CEO of Miss World. They joined the royal honouring ceremony of Marsha Rae Ratcliff OBE, the Past Master of The Worshipful Company of Carmen. The ceremony took place at the historic landmark of Trinity House directly opposite to the Tower of London. Chhillar met and interacted with Caroline Ratcliff, the mother-in-law of Marsha Rae Ratcliff. At the ceremony, Chhillar also met Princess Michael of Kent, a member of the British Royal Family. During her stay in the United Kingdom, Chhillar visited the Warner Bros. Harry Potter Studio in Leavesden, where all the eight movies of the Harry Potter film series was filmed.Chhillar returned to India and attended the