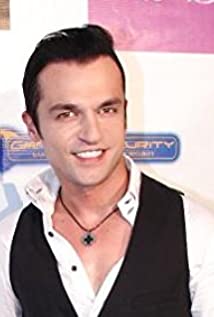 Mini BiographyManos Krystalis is a BMI Songwriter/Composer since October 1, 2009. In 2009 he presented his first published film with the title "The Perfect Crime" directed by the well known director Lynda Goodfriend. The film was screened at Warner Bros Studios ( May 2, 2009, Screening Rm 12 ). During that time Manos teamed up with the director Leon Melas ( also well known from Simpatico with Sharon Stone and Jeff Bridges starring in it ) who directed the music video clip "Rock my World", a Sony BMG Production with Manos Krystalis as the Lead Vocalist and Dancer. "Rock My World" has been aired in the lead TV Networks in Europe and it has been nominated even for participating in the Eurovision. In 2013 Krystalis has been the top campaign model for the Candyman Clothing Newest Line. As to his acting career Manos has being played in leading principal roles in SAG Union productions something that has granted him the status of being an active SAG-AFTRA Union performer since 2009.

Born to Be Free