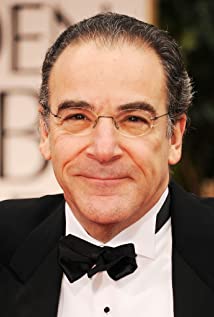 Mandy Patinkin was born Mandel Bruce Patinkin in Chicago, Illinois, to Doris "Doralee" (Sinton), a homemaker and cookbook writer, and Lester Patinkin, who operated two scrap metal plants. He is of Russian Jewish and Latvian Jewish descent. Growing up, he began singing in synagogue choirs at the age of 13-14 and still continues to use his fantastic voice in musicals and in recordings. Attending Juilliard, he became good friends with actor Kelsey Grammer and upon hearing that Cheers (1982) was auditioning for the role of Dr. Frasier Crane he immediately put Grammer's name forward for the role. Rumours persist about Patinkin's sudden departure from Criminal Minds (2005). He simply failed to show up one day for a table read. He has contacted the entire cast to explain what is referred to as "personal reasons" for leaving. It seems that although Patinkin was prepared for the show to include violence the actual level of violence portrayed was unacceptable to the actor. He left to do more light hearted work. Patinkin supports many charities including: PAX, Doctors Without Borders, Americans for Peace Now, The September 11th Fund, Crohn's and Colitis Foundation of America and Gilda's Club.

Before You Know It

The Queen of Spain

Spymasters: CIA in the Crosshairs

Wish I Was Here