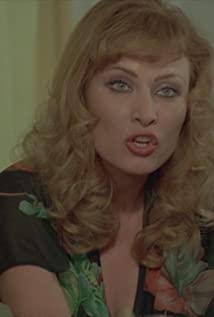 Malisa Longo was introduced to the world of art in her native city of Venice very young, where she took her first steps as a poet and painter. It's 1968 and the city enjoyed one of its most experimental cultural upheaval that focused in the development of the Academy and in the Biennale.In this highly creative atmosphere, inspired by the magic of the lagoon, Musa and protagonist of its own works, the artist expresses her art in a whirlwind of colors, full of lights and shadows, but also eruptions of brightness. Looking for new ideas, Malisa arrives in Rome where she is captured by the world of movies. Here she begins a long journey as an actress, playing in more than 70 films, alongside actors like Ben Gazzara, Arthur Kennedy, Bruce Lee and Christopher Mitchum. Some of these movies, true cult of international cinema, were directed by Federico Fellini, Terence Young and Tinto Brass.With a rewarding careers that expresses itself with a literary vein, Malisa stands out as a writer, screenwriter and journalist. Amongst her most acclaimed works, to be mentioned, is the novel "Just as I am" (prelude by Tinto Brass), the book of poems "Il cantico del corpo" and the book and interviews collection, "Aggiungi un seggio al tavola. Politica e curiosità culinarie" (Graus), a finalist for the award "Minori on the Amalfi Coast, the novel "Vita di Elisa" (Mondadori), and the book of poems "Appunti dell'anima" (Lietocolle), that in September 2014 won the literary prize "Spoleto Art Festival Expo".Despite her busy artistic commitments, Malisa Longo never abandoned her first love for painting. A love that continued to grow with a continued passion, and took centre stage in several painting exhibitions, winning several awards. Malisa Longo actually lives and works in Rome, Ital

A Cat in the Brain

Gunan, King of the Barbarians

Battle of the Stars

War of the Robots