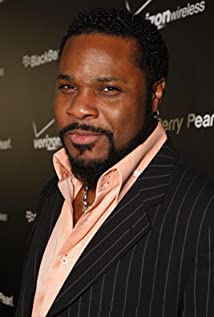 Emmy-nominated actor and director Malcolm-Jamal Warner was born in Jersey City, New Jersey. He was named after Malcolm X and legendary jazz pianist Ahmad Jamal. Warner first rose to national prominence by starring on the celebrated and long-running classic television series "The Cosby Show." His work on the show garnered him a Primetime Emmy Nomination for Outstanding Supporting Actor in a Comedy Series.As a seasoned director, Warner has worked on a host of television series, including being a regular director [and producer] on the comedy series "Malcolm & Eddie," and also having directed several episodes of "The Cosby Show," "All That," "Keenan & Kel," "The Fresh Prince of Bel-Air," "Sesame Street," and the AIDS awareness video "Timeout: The Truth about HIV, AIDS, and You' [which starred Magic Johnson and Arsenio Hall, and earned Warner the NAACP Key of Life Image Award. His short film, "This Old Man," received critical acclaim on the theater festival circuit.In addition to his television credits, Warner made his feature film debut in Paramount Pictures' "Drop Zone," and was also seen in Warner Bros' Pictures "Fools Gold" opposite Matthew McConaughey, Kate Hudson, and Donald Sutherland. He also co-starred in the independent films "Restaurant" with Adrien Brody, "A Fare to Remember," and "The List" with Wayne Brady.On stage, Warner has starred in the off-Broadway plays "Three Ways Home," "Cryin' Shame," for which he received the NAACP Theater Award for Best Supporting Actor, "Freefall" at the Victory Garden Theatre in Chicago, and in "A Midsummer Nights' Dream," at the La Jolla Playhouse in California. Warner received critical acclaim for his West Coast debut of his one-man theatrical production of "Love and Other Social Issues." He will return to the stage in September 2014, reprising Sidney Poitier's role as Dr. John Prentice in "Guess Who's Coming to Dinner," opening in Boston at The Huntington Theatre. Warner has held this role before, previously performing in the play at Washington D.C.'s esteemed Arena Theater.In 2014, Warner can be seen recurring on two hit series: TNT's "Major Crimes," and FX's "Sons of Anarchy." He was most recently seen on NBC's critically acclaimed series "Community," and recently guest starred on "The Michael J. Fox Show," TNT's "Hawthorne", AMC's "The Cleaner," and Showtime's "Dexter." In 2011, Warner produced, directed, and starred in the BET original series "Reed Between the Lines" opposite Tracee Ellis Ross.Warner's voice may be as well known as his likeness, for four seasons he was heard as the voice of the "Producer" on PBS' "The Magic School Bus." Currently, he can be heard on the audio book version of "The Marvelous Effect" published by Berkley Trade, as well as in Simon & Schuster's "Fatherhood" by Bill Cosby. When not acting and directing, Warner is a poet and a bass player. His jazz-funk band Miles Long has performed in several major jazz festivals, including the Playboy Jazz Festival, and has opened for high profile artists including Earl Klugh and the late Luther Vandross, and he recently performed at the historic Apollo Theater. Both of Warner's independently distributed CD's, "The Miles Long Mix Tape" and "Love and Other Social Issues". Warner is set to release brand new music, fall 2014.Warner currently lives in Los Angeles, California.