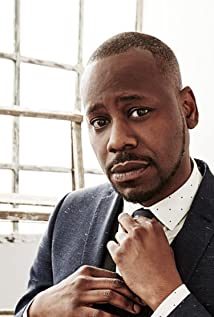 Malcolm Barrett, a native of New York City, studied at NYU's Tisch School of the Arts. He recently worked on several NY based television series including "Law & Order" and "The Sopranos", "As the World Turns" and "The Beat". His feature film credits include "King of the Jungle," "Swimfan," and most recently, "The Rhythm of the Saints," shown at the 2003 Sundance Film Festival. Barrett received his Equity membership at the age of 16 when he appeared in the McCarter Theatre production of "The Stonemason." He later appeared in the national tour of "Wit" with Judith Light, while simultaneously continuing his education at NYU.Barrett is also talented in poetry, improvisation and stand up comedy. He was a member of the 2001 Nuyorican Slam Poetry team and the winner of the Young Playwright competition at Manhattan Class Company. He is a founding member and artistic director of the non-profit New York City theater company Real Theatre Works. Barrett developed and directed the theater's production of "Fallen Patriots" off-off Broadway and will direct the play for the upcoming Fringe Festival in New York.