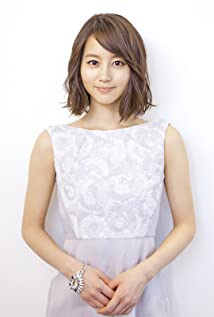 Horikita Maki (born Marina Hara) was born in Tokyo the eldest of three sisters in 1988. She was a tomboy growing up and by the time of her retirement also had short hair as she was older. In-between she was an attractive actress, model and corporate product endorser with longer hair between 2003 and 2017. She was awarded the Newcomer Award at the Japan Academy Awards for her role as a student boarder in Always: Sunset On Third Street. She also won a Best Supporting Actress award for her role in Kurosagi. Hanazakari No Kimitachi E in contrast garnered her the Best Actress award. Horikita's management announced her marriage to actor Koji Yamamoto on the 22nd August, 2015. The actor and actress had become a couple while playing lovers in the stage production of Arashi Ga Oka (Wuthering Heights) in May of that year and officially begun dating in June. They were also in Atashinchi No Danshi. She announced her pregnancy in the middle of 2016 and gave birth to their child in December, 2016. She announced her retirement from the entertainment industry on February, 28 2017. She stated her desire to take care of her family and thanked her fans for a "wonderful fourteen years." She has photobooks, magazine covers and multiple corporate endorsements to her name.

Memoirs of a Teenage Amnesiac

Into the White Night