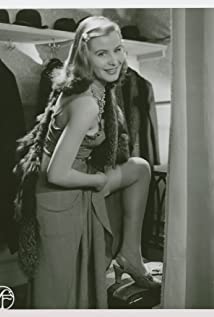 Rare indeed to spot a dark-haired Swede on film but the delicately beautiful Maj-Britt Nilsson was certainly one of them, along with Harriet Andersson, who went on to captivate film audiences in the bleak films of Ingmar Bergman.Born in Stockholm on December 11, 1924, the lovely Nilsson was initially trained at the Royal Dramatic Theater. She film career inauspiciously playing a young schoolgirl in Tänk, om jag gifter mig med prästen (1941) [If I Should Marry the Minister] starring Viveca Lindfors. Gaining experience in such films as Alf Sjöberg's Resan bort (1945), she played the title role in the dramatic Maria (1947) and moved swiftly into leading roles. A stage triumph in the Jean Genet's "The Maids" in 1948 led to her association with Ingmar Bergman who spotlighted her in three of his finest early works: To Joy (1950) [To Joy], in which she plays wife to an adulterous orchestra player; Summer Interlude (1951) [Summer Interlude], in which she portrays a ballerina recalling a tragic summer romance; and Waiting Women (1952) [Secrets of Women] as one of four sisters-in-law reflecting on their respective wifedoms while waiting for their husbands to arrive at a summer hideaway. Receiving rave reviews for her work, it was expected that she would become a main staple of Bergman's prestigious company of players. Surprisingly she never made another film for him. The roles in her later celluloid work went on to pale in comparison.Nilsson seldom strayed outside her homeland when it came to filming outside the rare occasion of a German/Austrian movie or two. A brief marriage to singer and composer Anders Börje led to a long and fulfilling one with theater director Per Gerhard in 1951. She subsequently left the Royal Dramatic Theater to work alongside him at Stockholm's Vasa Theater. The couple would stay there for the next three decades. One of her stage roles was that of Maggie the Cat in a Swedish-language version of Tennessee Williams's "Cat on a Hot Tin Roof". She made two brief and minor film comebacks in the 1970s, the second of which, the Swedish-made Bluff Stop (1977) being her last. She retired completely in 1985. Some time during the 1980s the couple took up residence on the French Riviera. Ms. Nilsson died on December 19, 2006 in Cannes, France at age 82.