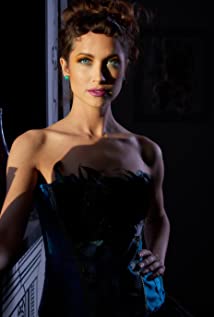 Maiara Walsh was born in Seattle, Washington to a Brazilian mother and American father. When she was one, her family moved to Sao Paulo, Brazil, where Portuguese became her first language. After a few years, they moved back to Seattle where Maiara took an interest in music and the arts, diving into every musical and play offered by her school. At eleven, her family moved to Southern California to support her mom's aspiration to attend grad school. Maiara recognized that her dream of being a performer could be realized in Los Angeles, and soon got an agent. In 2006, Maiara booked Disney Channel's Cory in the House, which began her budding career. Over the years, she continued working on hit shows like The Vampire Diaries, Desperate Housewives, Agents of S.H.I.E.L.D., Switched at Birth, and Michael Bay's The Last Ship.Throughout her acting career she continued her passion for music. She built a 7 piece jazz band in 2012 and created a 30 person production/ immersive music show called Dream. The show followed a personal narrative about the highs and lows of young love, set in a 1920's Vaudevillian world. Live painters, magicians, dancers, singers, mimes, Harlequin bartenders, and a dream guide graced the lobby and the stage with Maiara as she performed 10 original songs. She went on to play at well established venues such as Hotel Cafe, Bardot, and the Montalban in Los Angeles. She found her music moving into a soulful, edgy blend of melodic, bass heavy beats and ballads. Her music EP releases this year.In tandem, Maiara's insatiable creativity and curiosity inspired her to start writing feature films and television scripts. Her love for storytelling is magnified on the page. Quick wit, deep thought, and dynamic characters power the stories she brings to life. In 2015 she directed a proof of concept for a feature called Phoenix, about a lonely girl seeking validation in the wrong places. In 2017 she directed her first narrative short film, Young Blood, about a facility that offers blood transfusions to the aging elite from young healthy donors. The short was so well received she wrote a feature based off the characters and plans to make the film her directorial debut. She has a supernatural show in preproduction for Popstar magazine's new media platform.Inspiration and a desire to break down stereotypes are at the heart of every creative decision Maiara makes. She spent the last decade traveling the world, often solo, visiting Slovenia, Croatia, Armenia, Spain, England, Scotland, France, Germany, Italy, Greece, Switzerland, Netherlands, Russia, Thailand, Brazil, Argentina, and Israel. Travel and cultural exploration are a central and essential part of Maiara's life. As a storyteller, she believes it is her job to build bridges between sometimes contradictory perspectives. She is an avid supporter of human rights and philanthropic causes. She has volunteered at Children's Hospital Los Angeles, Equestrian Therapy, and created self esteem workshops for the Young Women's Empowerment Network as well as BBYO. In 2018 she was accepted into the Reality Storyteller's program in Israel, where she had the privilege of learning first hand about the Israeli-Palestinian conflict. In 2019 she was accepted into a program run by the same organization in Greece and Germany to learn about the global refugee crisis.Maiara is an imaginative visionary, a pioneer, a philanthropist, and a true collaborator at heart.