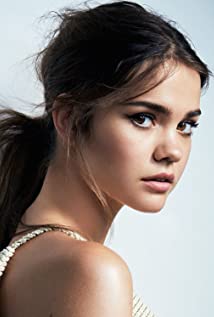 Maia Mitchell is an Australian singer/song writer and actress from Lismore, New South Wales. She learned to play the guitar at a very young age and her talent has been included on The Fosters (2013) - an ABC Family show that aired in June 2013, where Maia plays one of the main roles of "Callie Jacob".Also, Maia has made her mark on the Disney Channel, appearing in a special episode of Jessie (2011) in 2013, as well as in the hit original film, Teen Beach Movie (2013), with fellow Disney Channel star, Ross Lynch.Mitchell participated in dance lessons as a young girl and performed in school and local theatre productions to kick start her career. When she was just 12-years-old, she auditioned for the Australian television series, Mortified (2006) and landed the lead role of "Brittany Flune". The series broke many Australian Children's Television records and even went on to win national and international awards, including an Australian Film Institute (AFI) Award for Best Children's Television Series and a Chicago International Children's Film Festival Award.Furthermore, she was next cast as "Natasha Hamilton" in the Australian television series, Trapped (2008), and later reprized her role in the sequel series, Castaway (2010), that finds a group of children suffering from the mysterious disappearance of their parents in a dangerous paradise.