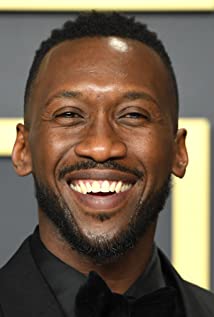 Mahershala Ali is fast becoming one of the freshest and most in-demand faces in Hollywood with his extraordinarily diverse skill set and wide-ranging background in film, television, and theater.This past fall, Ali wrapped A24's Brad Pitt and Adele Romanski produced independent feature film, Moonlight, as well as reprising his role in The Hunger Games: Mockingjay - Part 2, the fourth and final installment in the critically and commercially acclaimed Hunger Games franchise, alongside Jennifer Lawrence, Donald Sutherland, and Julianne Moore. As District 13's Head of Security, 'Boggs' (Ali) guides and protects Katniss (Lawrence) through the final stages of the district's rebellion against the Capitol. Lionsgate released the film on November 20, 2015.Ali will next star in Gary Ross's civil war era drama The Free State of Jones opposite Matthew McConaughey, Gugu Mbatha-Raw, and Keri Russell. STX Entertainment will release the film on May 13, 2016.On television, Ali was recently cast in Netflix and Marvel Entertainment's Luke Cage in the role of Cornell "Cottonmouth" Stokes. A Harlem nightclub owner, Stokes will become an unexpected foe in Luke's life when Stokes' criminal activities threaten Luke's world. Ali stars alongside Mike Colter, Rosario Dawson, and Alfre Woodard. The series will premiere on Netflix in 2016.Ali can be seen on the award-winning Netflix original series House of Cards, where he will reprise his fan-favorite role as a lobbyist and former press secretary Remy Danton for a fourth season in March 2016.Ali's previous feature film credits include Derek Cianfrance's The Place Beyond the Pines opposite Ryan Gosling and Bradley Cooper, Wayne Kramer's Crossing Over starring Harrison Ford, John Sayles' Go For Sisters, and David Fincher's The Curious Case of Benjamin Button.On television, he appeared opposite Julia Ormond in Lifetime's The Wronged Man for which he subsequently received an NAACP Nomination for Best Actor. Ali also had a large recurring role on Syfy's Alphas, as well as the role of Richard Tyler, a Korean War pilot, on the critically acclaimed drama The 4400 for three seasons.On the stage, Ali appeared in productions of Blues for an Alabama Sky, The School for Scandal, A Lie of the Mind, A Doll's House, Monkey in the Middle, The Merchant of Venice, The New Place and Secret Injury, Secret Revenge. His additional stage credits include appearing in Washington, D.C. at the Arena Stage in the title role of The Great White Hope, and in The Long Walk and Jack and Jill. In February 2016, Ali will make his New York Broadway debut in Kenny Leon's Smart People, starring opposite Joshua Jackson.Born in Oakland, California and raised in Hayward, Ali received his Bachelor of Arts degree in Mass Communications at St. Mary's College. He made his professional debut performing with the California Shakespeare Festival in Orinda, California. Soon after, he earned his Master's degree in acting from New York University's prestigious graduate program.

We Are the Dream: The Kids of the Oakland MLK Oratorical Fest