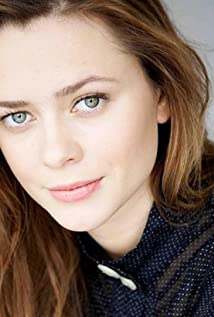 Australian actress Maeve Dermody is the daughter of Susan Murphy Dermody, a film theorist, historian, and director. Her father is a psychologist. Dermody's family encouraged a love of literature and the arts, and supported performing as well - her mother gave the 5-year-old a part in her film Breathing Under Water (1991). Dermody attended Mosman High School in Sydney and had a near perfect UAI (final school exam score) of 99.79. During high school she was active in drama classes, as well as the Australian Theatre for Young People, and furthered her acting education with several courses at the National Institute of Dramatic Art in Sydney.After graduating from high school, Dermody began getting roles in Australian television series such as All Saints (1998), and in short films. Her first major film role was in the independent thriller Black Water (2007), about a trio of people trapped in the mangroves of the Northern Territory by a menacing Saltwater Crocodile. Dermody's performance in "Black Water" earned her multiple nominations for Best Supporting Actress awards in the Australian film industry. Her next major film role was in Beautiful Kate (2009), for which she was again nominated for the AFI Best Supporting Actress Award.Dermody is also active in the Australian theater, having appeared in such diverse productions as "Killer Joe" and "Measure for Measure," both in Sydney.While actively engaged in her acting career, the tall, willowy Dermody continues to pursue a college degree in the fine arts. She was at one time romantically linked with Sam Worthington. She tends toward pescetarianism (eating fish but refraining from eating other animals).

The Fear of Darkness