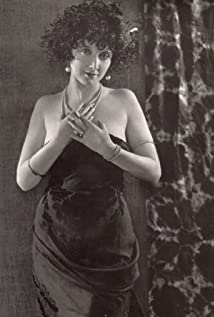 Mae Busch can certainly claim career versatility, having successfully played Erich von Stroheim's mistress, Lon Chaney's girlfriend, Charley Chase's sister, James Finlayson's ex-wife and Oliver Hardy's wife! She was born in Melbourne, Australia, in 1891; her parents were in the theater and when she was six years old the family moved to the US, arriving in San Francisco in 1897 before moving to New York. It is claimed Mae was placed in St. Elizabeth's Convent in New Jersey until at least the age of 12, when she joined her parents in vaudeville as part of the Busch Devere Trio (New York press articles confirm Mae as being part of the group in early 1908). Her big break came in March 1912 when she replaced Lillian Lorraine in the lead role in the Broadweay play "Over the River", with Eddie Foy. She continued in this role until the end of the season, when she joined one of Jesse L. Lasky's touring "girl" shows, where she stayed until signed by Mack Sennett for his Keystone Pictures in 1915. As she was performing on Broadway at the same time as "The Agitator" was filming in California, the claim that this was her first film is incorrect. Similarly, there is no evidence that she knew Mabel Normand prior to arriving in Los Angeles in 1915.In Hollywood things didn't begin so well for Mae. In order to get work, she falsely claimed to have lived in Tahiti and to be able to swim and dive. A high dive she took while filming The Water Nymph (1912) resulted in an injury and her returning to her parents in New York. It was only then when working in the theater again that she developed into leading-lady status.Mae returned to Hollywood, and Keystone, in 1915. However, her friendship with Mabel ended abruptly when she was "caught" with Sennett, Mabel's fiancé, and Mae was forced to leave Keystone. Over the years she had substantial roles in quite a few films, such as von Stroheim's The Devil's Passkey (1920) and Foolish Wives (1922). Although 1927 was the year of her first movie with Stan Laurel and Hardy, it wasn't until Unaccustomed As We Are (1929) that she first played Mrs. Hardy, the role that she will always be remembered for. She was Mrs. Hardy again in Their First Mistake (1932), Sons of the Desert (1933), and The Bohemian Girl (1936). She also appeared in other Laurel and Hardy pictures but not as Mrs. Hardy, such as Charlie Hall's wife in Them Thar Hills (1934), and she only flirted with Hardy in Tit for Tat (1935).Mae's Hollywood career lasted 30 years; she worked with many of the leading directors, actors and actresses of the time. After a long illness she died in 1946, aged 54. She was cremated and her ashes remained in a cardboard box at the Motion Picture Country Home Hospital for over 20 years until a proper interment and plaque was provided.