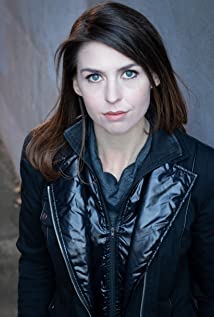 Madeline Brumby is an American actress. She is best known for her breakthrough role as "Edna" in the film Dear God No, which made her an international exploitation film star and scream queen. Her talent repertoire includes ballroom dancing, and she is a classically trained pianist and vocalist.After she graduated from Georgia Tech, she left her career as a biologist to become an actress. She studied theatre and film at the Alliance Theatre, Warner Loughlin Studios, and Dad's Garage. She began her acting career in theatre with Dracula: The Rock Opera, The Atlanta Zombie Apocalypse, and as an ensemble member of the Atlanta-based variety show, The Silver Scream Spook Show.She has worked on many award-winning titles including reprising her role as "Edna" in Frankenstein Created Bikers, and the enormously successful short film, Milicent, which earned her a best actress award. Her proudest career achievement is Sam & Mattie present: Spring Break Zombie Massacre. Since completion, this film has stolen the hearts of audiences worldwide, with an eagerly anticipated making-of documentary, Sam & Mattie Make A Zombie Movie, releasing later this year.